Two of Grady Owens’ relatives were in court for the hearing, but neither would comment on the case. As he was taken away, Owens pulled down his mask and told them he was sorry.

ORLANDO, Fla. - Capitol riot suspect Grady Owens is a junior at Full Sail University. A federal judge said Owens’ academic struggles were one of the many things he considered in ordering him to stay behind bars.

Two of Owens’ relatives were in court for the hearing, but neither would comment on the case. As he was taken away, Owens pulled down his mask and told them he was sorry.

At his Winter Park apartment, friend Hunter Smith said he was shocked at the charges. "The fact that I'm seeing news that this good, dorky guy is "violence to society," I don't know, it's crazy," he said.

At Friday's hearing, a federal magistrate found that "no condition or combination of conditions of release will reasonably assure the safety of any other person and the community" and ordered Owens to be detained pending trial.

"It was a bad lapse of judgment in a really fast-paced moment, you know? Do I think he should have been there? No, that was obviously a bad decision," Smith said.

Owens is accused of hitting a Washington, D.C. police officer in the head with a skateboard during the riots. Investigators believe it’s him in images taken from police body camera video from the incident, linking them to Owens through his social media accounts. 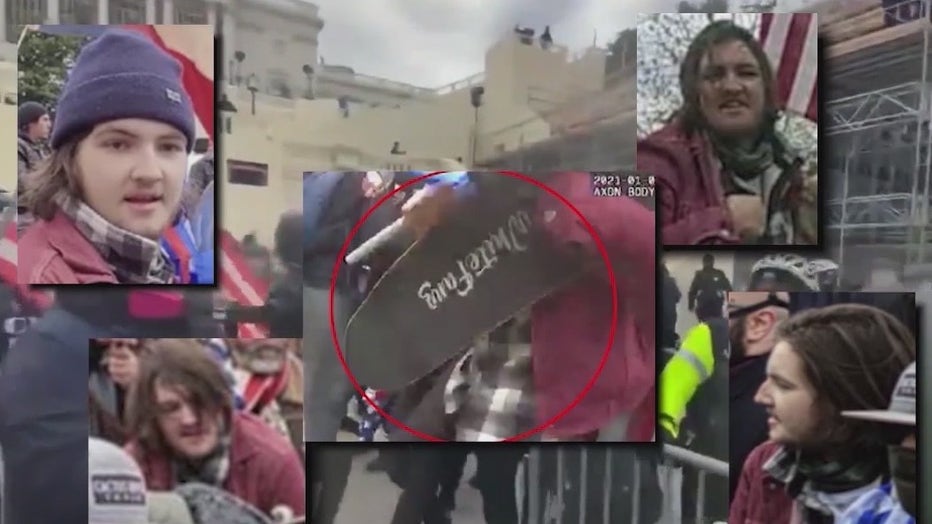 Owens is facing three felonies and a misdemeanor for his alleged role in the unrest.

Smith says he, himself, is a liberal and his political discussions with Owens never got heated.

"We've talked politics before. He was always super respectful. At the end of the day, we could shake hands and be friends. It was fine."