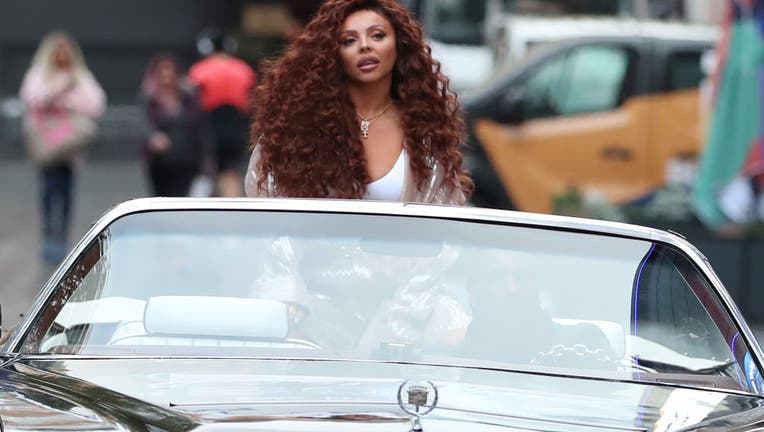 Jesy Nelson addressed accusations that she was "blackfishing" in her most recent music video during an Instagram Live on Monday.

The 30-year-old singer, who was previously a part of Little Mix, came under fire after social media users claimed Nelson had tanned her skin to appear darker in an attempt to be seen as biracial in the music video for "Boyz" with Nicki Minaj.

"I personally want to say that my intention was never ever to offend people of color with this video and my song because like I said, growing up as a young girl, this is the music that I listened to," Nelson said during the sit-down with Minaj.

Nelson said it "really hurt" her to know that she had offended people.

"My intention was never, ever, ever want to offend anyone and genuinely it actually does really hurt me that may have offended people and actually, like, hurt people's feelings just by genuinely celebrating something that I love," Nelson added.

During Instagram Live, Nelson also claimed she gets naturally tan in the sun.

"I'm just really lucky as a White girl that when I'm in the sun, I tan so dark like, so many people have said to me before like Leigh-Anne [Pinnock] in the group has said, 'You sure you're like not mixed-race because you've got darker than me in the sun. That's crazy,'" Nelson claimed, referring to her former bandmate from Little Mix. "I wanted to come on this Live today as well and show everyone my hair is naturally curly. I've always had curly hair. I got it from my dad."

Nelson emphasized that she was not "intentionally" being "racially ambiguous" in a statement previously made to Vulture.

"I take all those comments made seriously," the singer told the outlet. "I would never intentionally do anything to make myself look racially ambiguous, so that's why I was initially shocked that the term was directed at me."

Before going solo with "Boyz," Nelson was a member of Little Mix, an all-girls group that had won "X-Factor" in the UK.