Mercedes Palacios, 26, was killed in the Monday morning car crash. The Fort Worth woman was a passenger in the car driven by Jeff Gladney, a former TCU star and NFL first-round draft pick. A timeline of her social media reveals she posted a photo of the two just hours before the fatal crash.

DALLAS - The Dallas County medical examiner has identified the passenger killed in Monday's fiery crash in Dallas. She died along with pro-football player Jeff Gladney.

Mercedes Palacios, 26, was killed in the Monday morning car crash. The Fort Worth woman was a passenger in the car driven by Jeff Gladney, a former TCU star and NFL first-round draft pick. A timeline of her social media reveals she posted a photo of the two just hours before the fatal crash.

Friends and family say the two had been dating for about a year.

Palacios and Gladney both died in the two-vehicle crash around 2:30 a.m. Monday in the westbound service lanes of Woodall Rogers Freeway near Allen Street. 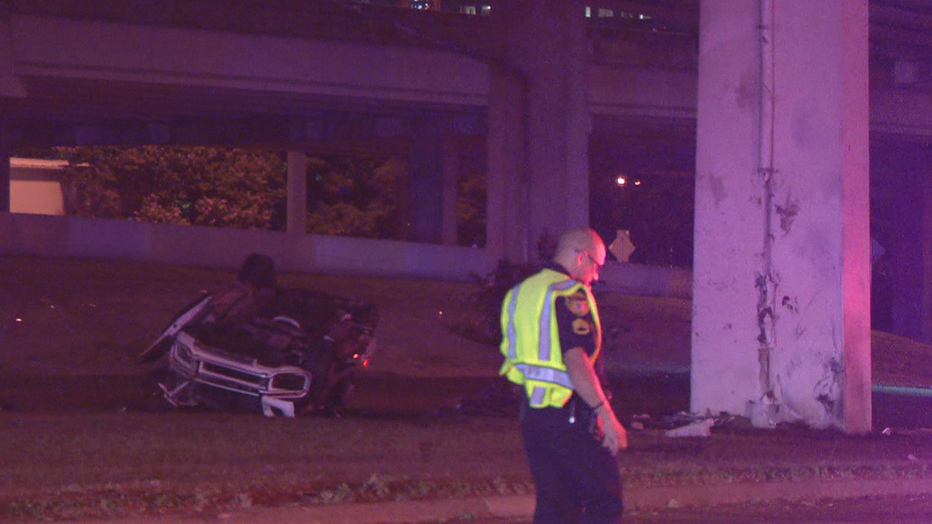 Sheriff’s deputies say the Gladney’s SUV was speeding along the service road when it hit the back of Lexus SUV, causing Gladney’s SUV to flip and hit a bridge support before bursting into flames.

The people in the Lexus were not seriously hurt.

Gladney and Palacios both died. 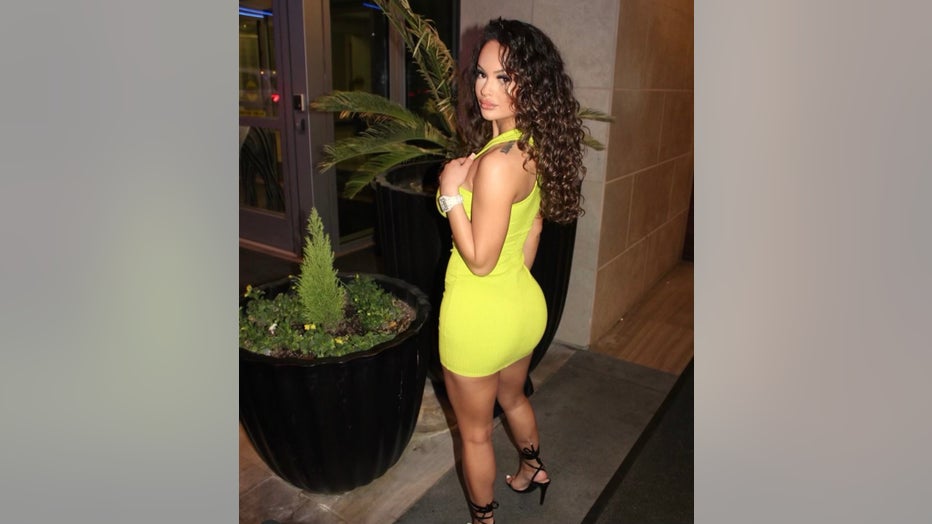 Palacios graduated from Tarleton State University in 2018. Friends and family have posted condolences on social media in wake of Palacios' death. They describe her as a kind and beautiful spirit who was generous and dedicated to her family.

Ever since they were kids, Angel Mitchel says she had a tight bond with her cousin, Palacios. That bond only grew tighter as they grew older.

"She’s the life of the party. She knew everyone everywhere we went, and I’m the complete opposite," she said. "But I would do it for her because I wanted to spend time with her and wanted to just make the most of it."

Mitchel says they’d talk almost every day and keep tabs when away. So when Mitchel heard Palacios was involved in a car crash Monday, she checked Palacios’ shared location on her phone.

"That was my first thought. If she’s at a hospital, I can find her location. We’ll find out where she’s at. And I pulled it up, and it just said no location found."

A fiery, early morning crash near Downtown Dallas killed two people. One of them was Jeff Gladney, a former TCU football standout and first round NFL draft pick.

Mitchel says her cousin grew up in Fort Worth and recently lived in Dallas. She says Palacios met Gladney in college and began a serious relationship last year.

Palacios posted a photo to Instagram of her riding with Gladney hours before the crash.

"That was the love of her life," Mitchel said.

Moving forward Mitchel wants people to remember Gladney but also her best friend, who she says was as close to as anyone.

"I just want them to remember her as the selfless, loving person that she was," she said.

Tarleton state university released a statement in response to Palacios' death. A spokeswoman said, "While we grieve the passing of any Tarleton Texan, we join with Mercedes Palacios’ family and friends to celebrate her life as we keep them in our thoughts and prayers."