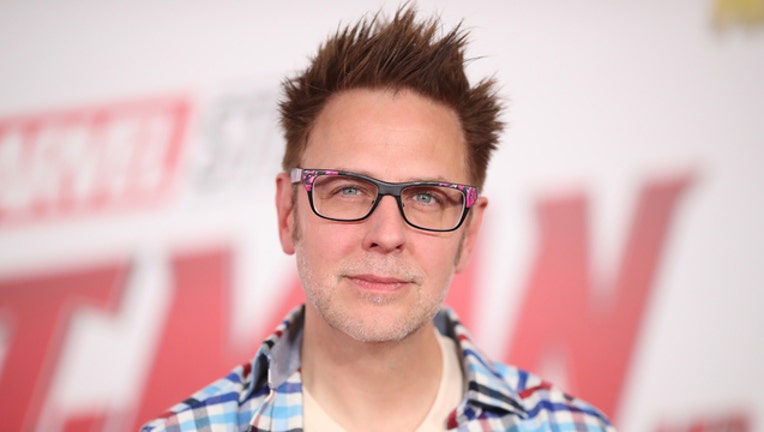 LOS ANGELES (AP) - It's been a roller-coaster year for James Gunn, who was fired from "Guardians of the Galaxy Vol. 3" over old tweets in July, and rehired this March. But the writer-director who shepherded the first two "Guardians" films to critical and box office success said the experience has been an educational one.

"I'm a better person than I was a year ago," Gunn told The Associated Press on Saturday. "It's made me more creative and focused on the things that really matter to me, which are my friends, my relationships and the movies that I'm making."

Although even after his firing, Gunn didn't exactly have a fallow period as he was hired fairly soon by Marvel's rival to work on the sequel to "Suicide Squad." Now, Gunn is fully back in the public eye promoting the horror film "Brightburn," which he produced, and resuming work on the third "Guardians" movie.

The ordeal has made him thankful for his friends who have supported him throughout. Actress Elizabeth Banks, who stars in "Brightburn," is one of those in the circle of people he can go to.

"There's a lot of things that people talk about Hollywood-cutthroat this and Hollywood-bad that and all the things that are terrible about Hollywood. But the truth is ... I have one really good gift ... I'm attracted to really good people and I have chosen to put wonderful people around me, whether it's the actors I work with, the crew members I work with, my, you know, the writers I would deal with, the studio people I deal with," Gunn said. "There's a lot of really good people in this industry."

The 52-year-old found himself under intense scrutiny last year when tweets from nearly a decade ago in which he joked about subjects such as pedophilia and rape resurfaced because of far-right propagandists Mike Cernovich and Jack Posobiec after Gunn was critical of President Donald Trump. Gunn apologized for his tweets, but Walt Disney Co. chairman Alan Horn said that they were inconsistent with the studio's values.

Both fans and his cast including Chris Pratt, Bradley Cooper, Zoe Saldana, Vin Diesel and other stars rallied behind him in the wake of the firing last July.

"Although I don't support James Gunn's inappropriate jokes from years ago, he is a good man," Pratt said.

But it was still somewhat surprising that Disney backtracked and this March announced that Gunn had been reinstated as the writer and director of "Guardians of the Galaxy Vol. 3."

Marvel Studios President Kevin Feige told the AP last month that he was glad it happened.

The "Guardians" cast was similarly pleased.

"It's awesome. I'm really, really, really happy," `Guardians' actress Pom Klementieff said at the premiere of "Avengers: Endgame" in April. "He's an amazing human being, and he's the best director."