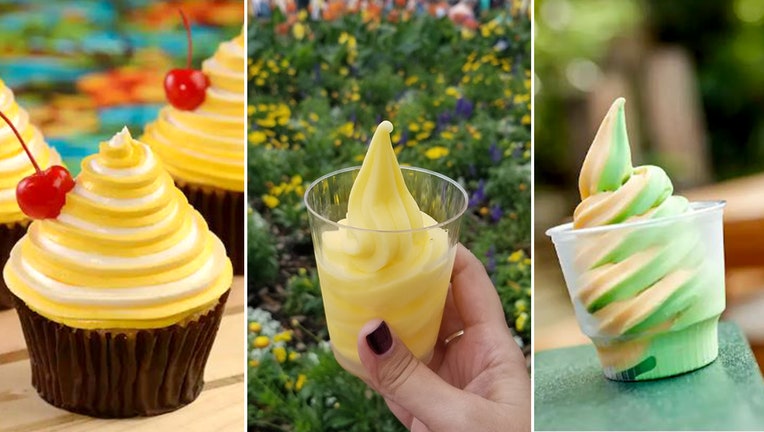 ORLANDO, Fla. - Imagine, you're walking around Magic Kingdom. It's a typical hot Florida summer day, and the only way to distract you from the humidity and thick sweat sticking to your clothes is a tart, sweet frozen pineapple treat – with endless add-ons like vanilla or raspberry – in the palm of your hand.

Disney-goers, you know what this is. It's the Dole Whip, and Thursday is a day dedicated to the iconic dessert.

To celebrate the big day, Disney released a "foodie guide" on where you can find Dole Whips throughout the parks – and it includes options available for a limited time, such as the Dole Whip Cupcake. It's described as a "yellow cupcake filled with Dole Whip mousse and garnished with a cherry."

Beyond the new items, those who regularly visit probably don't need the foodie guide. Honestly, they probably know exactly where the picturesque dessert is sold.

If you have a craving for the Dole Whip and just can't make the trek to Disney, here is the recipe below.  Disney Park released it during the pandemic when theme parks were closed.

The recipe, which is enough for a single serving, calls for the following ingredients:

Dole also released their own dairy-free version of the recipe on their website.