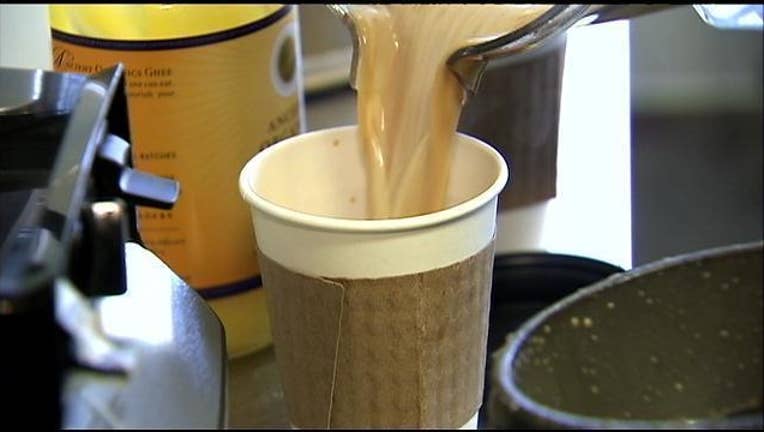 Is coffee good for you or not? Well, we have some good news!

The World Health Organization has downgraded its classification of coffee as a possible carcinogen, declaring there isn't enough proof to show a link to cancer.

'Many epidemiological studies showed that coffee drinking had no carcinogenic effects for cancers of the
pancreas, female breast, and prostate,and reduced risks were seen for cancers of the liver and uterine endometrium.'

However, another group, The International Agency for Research on Cancer  published a report yesterday saying that drinking 'very hot' beverages of any kind could potentially raise the cancer risk.

The report said such beverages might cause a 'thermal injury' in the throat that could eventually promote the growth of tumors.

It cited countries including China, Iran, and those in South America where some teas are traditionally served at extremely high temperatures.

According to the The National Coffee Association said coffee brewers should maintain a water temperature of between 195 to 205 degrees Fahrenheit for optimal extraction of the coffee and that it should reach a comfortable temperature before drinking.