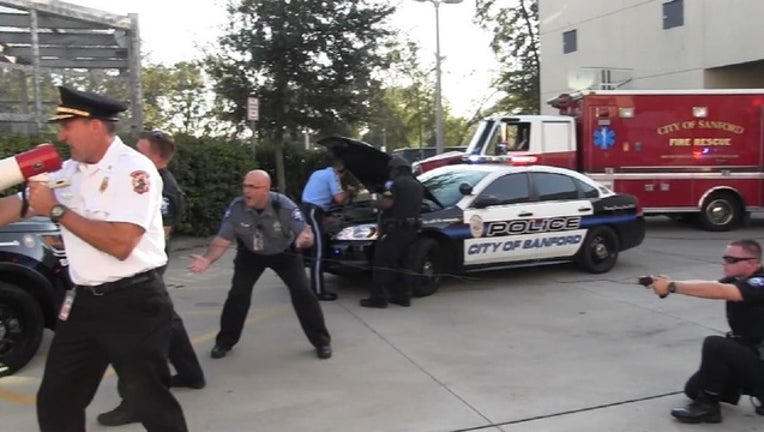 Videos of the challenge feature posing as mannequins in dramatic postures. They began to appear late last month online and by last weekend everyone from high school cheerleaders in Texas to the NBA's Milwaukee Bucks had taken part.

The Sanford Police Department had their own hilarious rendition, complete with a taser gun and "donut crime scene."

The Dallas Cowboys went airborne for their challenge, complete with a stoic Tony Romo being stuffed into an overhead compartment on the team plane.

The videos are set to the song "Black Beatles" by rap duo Rae Sremmurd, which held a live version of the challenge during a concert last week.