Hear from some of the network's biggest female stars about what inspires them.

March 8 marks International Women’s Day, a global celebration of women’s achievements, and a continued call to action for equality.

This year’s theme, #BreaktheBias, seeks to call out the biases that make it difficult for women to succeed.

"Whether deliberate or unconscious, bias makes it difficult for women to move ahead. Knowing that bias exists isn’t enough, action is needed to level the playing field," the International Women’s Day website reads. "Are you in? Will you actively call out gender bias, discrimination and stereotyping each time you see it?"

The campaign also encourages people to share photos of themselves crossing their arms in an "x" pose to show solidarity with the cause.

Here’s what to know about International Women’s Day 2022:

What is International Women’s Day?

International Women’s Day is celebrated each year on March 8 to recognize "the social, economic, cultural and political achievements of women," according to the website.

It also aims to raise awareness about women’s equality issues, calls to advance gender parity, and fundraise for female-focused charities. 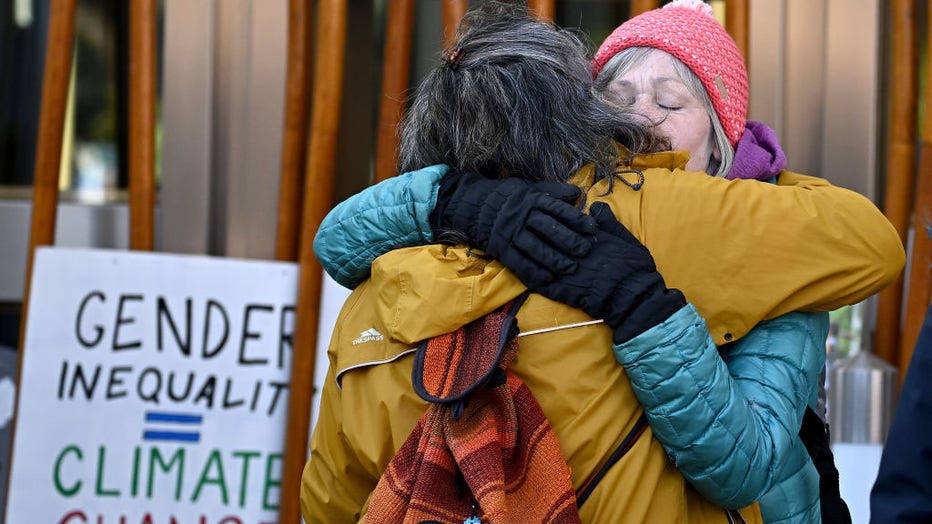 Activists attend a vigil and rally that are part of the International Day of Women’s Climate Action, organized by the Women’s Climate Strike, to protest against the disproportionate impacts of climate disruption on women on March 8, 2022, in Edinburg

International Women's Day has been observed since the early 1900's, organizers say — when the industrialized world began to see booming population growth and a rise in campaigning for change among women.

The first National Women’s Day was observed across the U.S. on Feb. 28, 1909, in accordance with a declaration by the Socialist Party of America, according to the day’s official website. The next year, the International Conference of Working Women was held in Copenhagen and a woman named Clara Zetkin suggested the idea of an International Women's Day.

"She proposed that every year in every country there should be a celebration on the same day - a Women's Day - to press for their demands. The conference of over 100 women from 17 countries, representing unions, socialist parties, working women's clubs - and including the first three women elected to the Finnish parliament - greeted Zetkin's suggestion with unanimous approval and thus International Women's Day was the result," the website states.

The day was celebrated on March 19, 1911, by several European countries, prompting rallies for women’s rights to work, vote and hold public office.

On the eve of World War I, Russian women observed their first International Women's Day on Feb. 23, the last Sunday in February. The day was later set to March 8 which translated in the widely adopted Gregorian calendar from February 23 — as Russia had not yet adopted the Gregorian calendar, according to the official website.

International Women’s Day was officially recognized by the United Nations in 1977.

Many have traditionally worn purple on International Women’s Day, a color that signifies justice and dignity, according to the official website. The official colors of the international day are purple, green and white, which originated from the Women's Social and Political Union (WSPU) in the U.K. in 1908.

This year, people are also encouraged to strike their #BreakTheBias pose and share related content on social media in a show of their commitment to calling out bias and rejecting inequality.

International Women’s Day is an important official holiday in both Russia and Ukraine, and women are normally celebrated with flowers and chocolates and speeches. But this year the holiday was overshadowed in Ukraine by war, and in Russia by economic chaos. 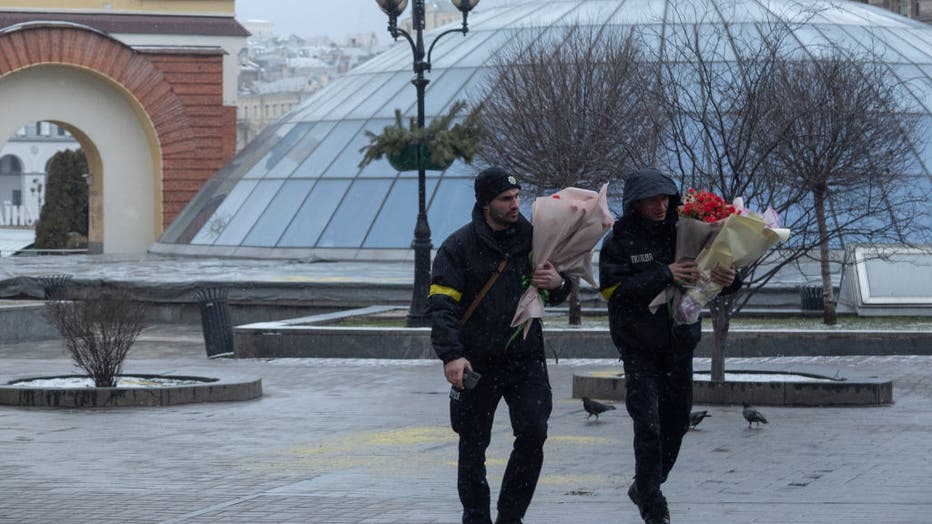 Soldiers with flowers during the International Women's Day during the war in Ukraine, in Kyiv, Ukraine, on March 8, 2022 (Photo by Andrea Filigheddu/NurPhoto via Getty Images)

Sugary messages of love and support were shared on social networks as in previous years, but many were tinged with sorrow or pleas for peace. Ukrainian President Volodymyr Zelenskyy opened his morning video address Tuesday saying: "Ukrainians, we usually celebrate this holiday, the holiday of spring. We congratulate our women, our daughters, wives, mothers. Usually. But not today."

U.S. first lady Jill Biden shared a statement on Tuesday in honor of women throughout the world "who courageously use their voice, no matter the cost" and gave a special nod to women in both countries.

"To our sisters from Ukraine who are fighting to keep their country free and their families alive: We stand with you in solidarity," her statement read. "To our sisters in Russia who are protesting and speaking out against the invasion at great personal risk: We see your courage."

The first lady’s statement continued: "To women warriors around the world, those fighting for justice and working for change: Thank you for building a better future for all of us."