MARION COUNTY, Fla. - Charges have been upgraded against the Marion County man accused of killing his wife and her four children.

On Tuesday, the Marion County Sheriff's Office announced that 38-year-old Michael Jones Jr. will face additional charges, as he is now accused of murdering his two children and step-children. This is in addition to the murder charge he was already facing for the murder of his wife, 32-year-old Casei Jones.

Detectives said that Jones bludgeoned his wife Casei to death with a baseball bat during an argument at their Summerfield home on July 10. The next day, he then strangled his two step-children to death. Two weeks after that is when he allegedly drowned his two youngest children. He hid their bodies in their home and a minivan for weeks before he was arrested.

Prosecutors said that they are seeking the death penalty.

FOX 35 spoke to the grandmother of the children, Nikki Jones, killed after these new charges were announced.

She said that she is "trying to go day by day, but I'm glad they finally charged him."

Family members made Nikki Jones a stuffed teddy bear that plays a recording of her daughter’s voice singing to one of her grandchildren. 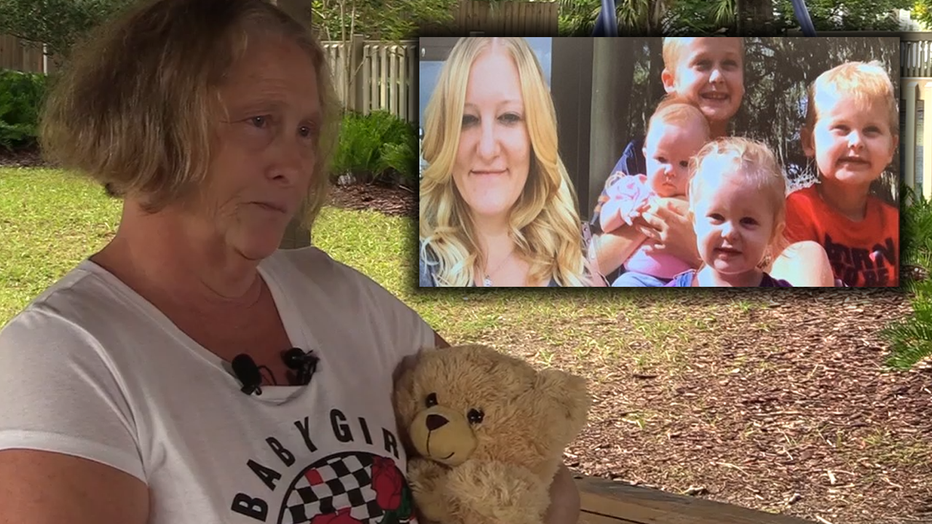 “My grandbabies,” Nikki Jones said. “They’re angels on earth for just a short while. I didn’t know what love was really until my grandbabies were born.”

Nikki Jones said she plans on holding a community memorial service for her lost loved ones.

Jones is currently in the Marion County Jail on suicide watch. He is due back in court on October 22 and November 17 to be arrainged for the murder charges for his wife and children.