Diana Bossman lived through Hurricane Maria in Puerto Rico. She still has videos of her home being flooded after the storm brought trees crashing into her house.

ORLANDO, Fla. - Diana Bossman lived through Hurricane Maria in Puerto Rico. She still has videos of her home being flooded after the storm brought trees crashing into her house.

"You feel like there’s nothing you can do. Hope – you lose all kind of hope," said Bossman.

She and her daughter evacuated to Orlando. She says they thought they’d stay for a week or so but wound up staying in Central Florida for two years. After that, though, they decided to move back home.

"The truth is, you always stick to your roots, to your family, to your island."

She says her house is now without power and water, thanks to Hurricane Fiona. But her parents’ place a few minutes away has both as of right now.

"Everybody’s just at a point where you don’t know what to expect in terms of water, in terms of wind," said Bossman. "It’s a real emergency that we are having."

When Bossman was in Orlando, she got help from a group called Latino Leadership. That’s headed by a woman named Marytza Sanz, who’s now working out plans for how to help after Hurricane Fiona. 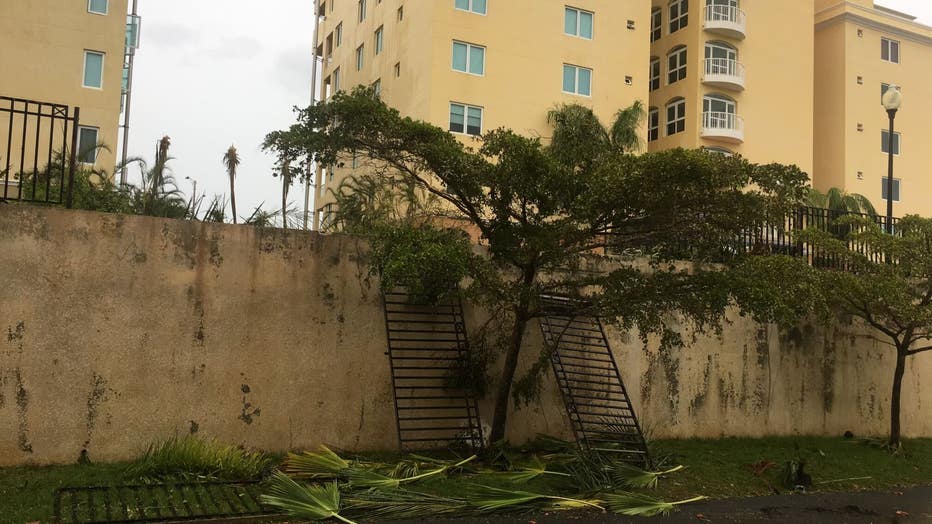 "The destruction, it’s awful," said Sanz. "Because the land was saturated, people were saturated with so many problems, they’re going to say, ‘Okay, we’re leaving, and Orlando is going to be the place."

The problem, she says, is that it’s hard to have firm answers yet on how to act. Sanz says to hold off on sending over donations.

Tuesday will mark five years since Hurricane Maria made landfall in Puerto Rico.

The University of Central Florida’s Puerto Rico Student Association is holding a remembrance event at the school’s Reflecting Pond. That’s Tuesday evening at 5:30.

Diana Bossman lived through Hurricane Maria in Puerto Rico. She still has videos of her home being flooded after the storm brought trees crashing into her house. Credit: Diana Bossman

That school hosts 345 students who are recipients of special waivers that followed Hurricane Maria and allowed those students to pay in-state tuition rather than out-of-state.
Zuleyka Avila Castro is one of those recipients.

"I feel many emotions at the same time, memories, I think. I have been feeling very sad thinking about those days," said Avila Castro, reflecting on how Hurricane Fiona makes her think of what she went through with Hurricane Maria.

Avila Castro says when she first got to Orlando, she thought it would be a temporary situation.

"For me to settle here emotionally, it took months. I think after I graduated high school, I thought, ‘Okay, my life’s going to be here.’"

She, like many others, says she’s still traumatized after Hurricane Maria.

"I can’t take it out of my mind. I don’t know why. It gets me like, I’m shaking. I think about it all the time. It feels weird."

She says even if we don’t know yet how to help, we should all try when the time comes.

"At this point, it’s a matter of being patient and being positive and believing that it’s going to be over very soon," said Bossman.