WTVT chief meteorologist Roy Leep and anchor Leslie Spencer cut into programming with an update on Hurricane Andrew as it was making landfall in South Florida. Originally aired August 24, 1992.

Thirty years ago this morning, at 8 a.m. Monday, August 24, 1992, the center of Hurricane Andrew was just moving into the Gulf of Mexico. Winds at the Miami airport were still gusting to about 80 mph, but the worst was over. The incredible, unimaginable hurricane was finally letting up on Dade County.

People in destroyed neighborhoods ventured out of their homes into a world they didn’t recognize. And were forced into a situation more terrifying than the storm. 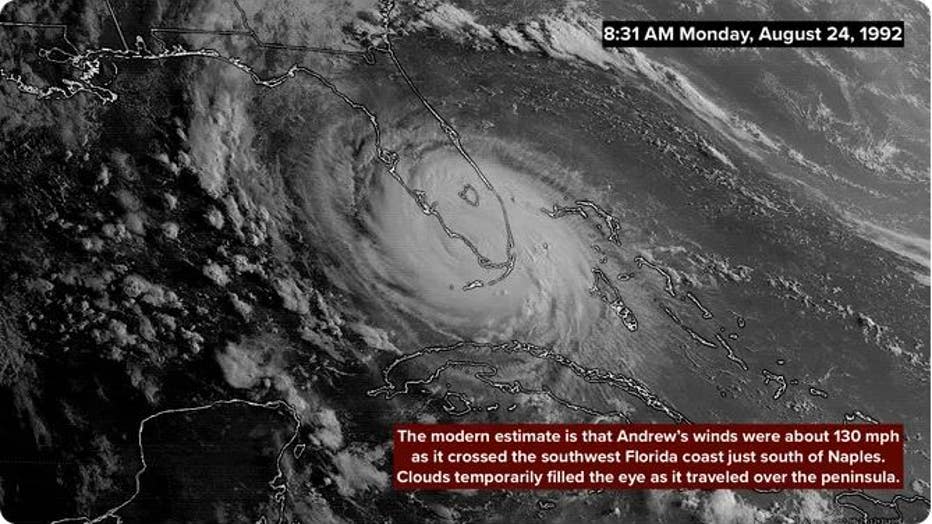 For the rest of that week, the nights were the worst. There was no power, no water, looters roamed the neighborhoods, and gunfire echoed through the desolation. It was hell on earth in South Dade after the storm.

Roads were blocked, so getting in and out of the destruction zone was hard or impossible. People got lost walking around the block because all the trees and road signs were knocked over or blown away. 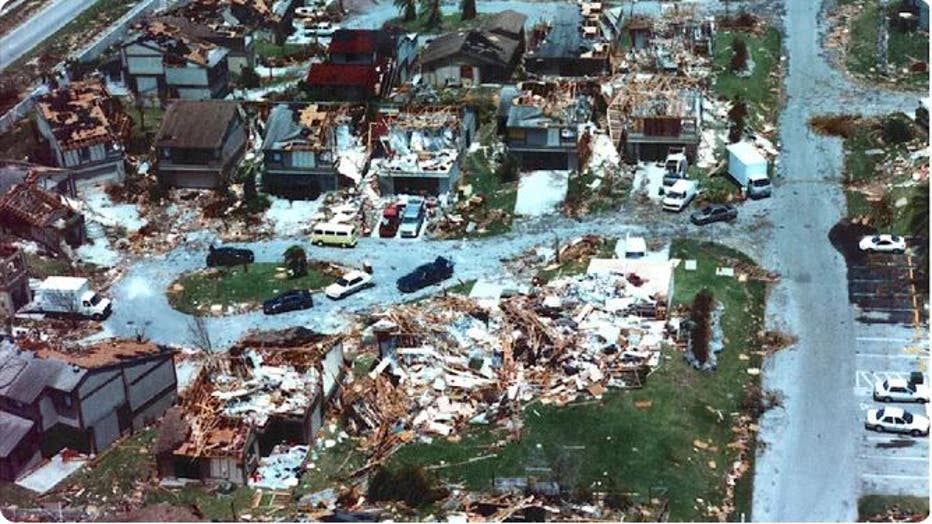 But that Monday morning, most people just felt relief that they had survived the all-out attack they experienced in the hours before sunrise. 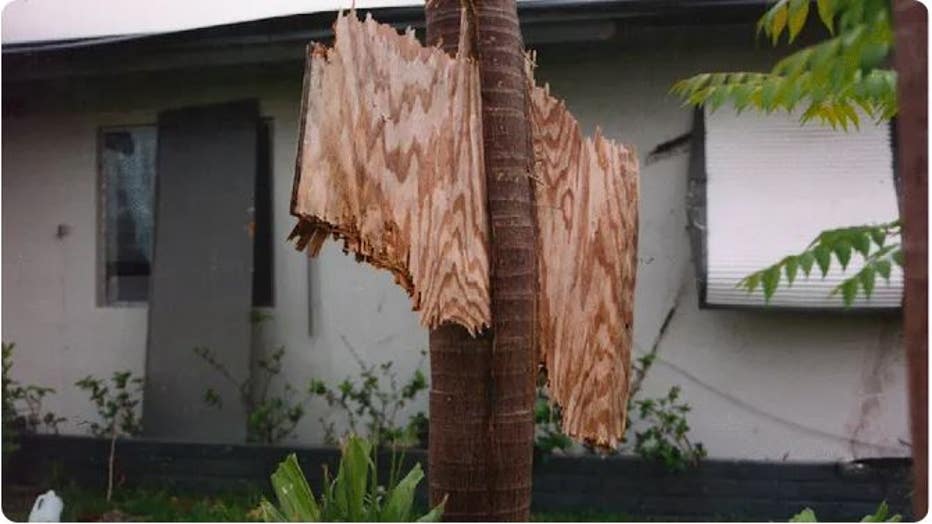 At the wounded National Hurricane Center, they were focusing on the Gulf coast. The computers were overheating, and many of the data feeds were disrupted when the satellite dishes were destroyed or blew away. A number of the employees lost their homes in the storm, and many more had significant damage that was going to require extensive repairs. But they had enough data and determination to keep going. It was magnificent – a tour de force. 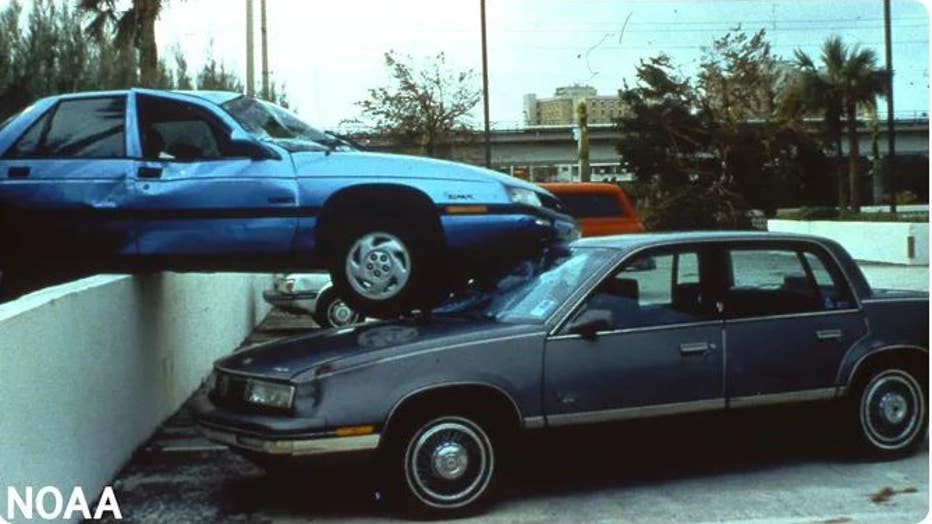 Hurricane Hunters that Monday afternoon found that Andrew had weakened a little as it crossed the Florida peninsula, but not much. The expectation at that point was that Andrew would power over the northern Gulf coast as a powerful Category 4 hurricane. 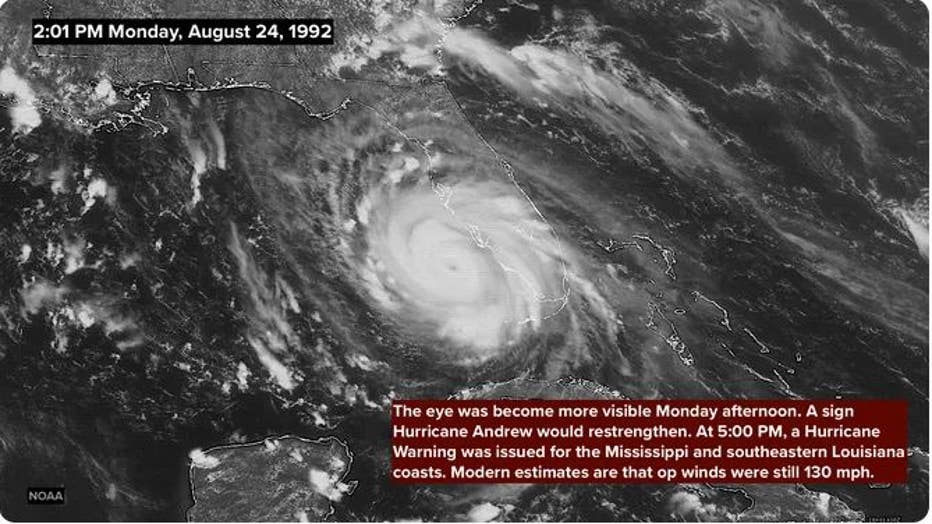 By late afternoon and evening, the focus had narrowed to the Mississippi and southeastern Louisiana coasts. Hurricane Warnings were issued, with Hurricane Watches extended west to the Louisiana/Texas line and east along the Alabama coast.

Just after midnight, I finally left the TV station and drove home. I decided to take I-95 out of downtown Miami for a short span because I knew many of the surface streets were blocked with debris. I’ll never forget looking south from the elevated part of the highway and seeing only black. And imagining what people were going through in South Dade in that first night since life had been upended. 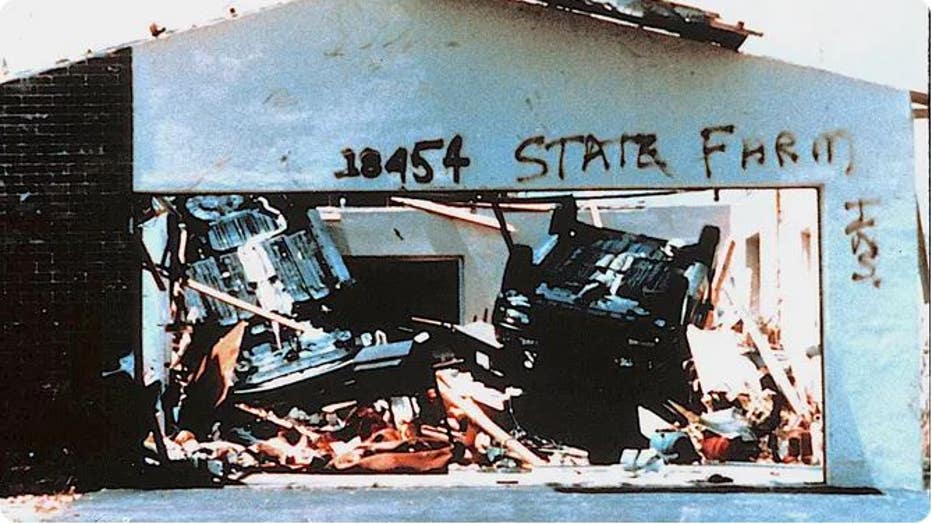 I only made it home because I had a 4-wheel-drive truck at the time. I was able to navigate over curbs and lawns to get around poles, signs, and trees that blocked the way. My headlights were the only illumination on my four-mile drive to my home in Coconut Grove just south of downtown.

The power was out, but I felt lucky, and a little guilty. I slept in my bed that night and thought about the hundreds of thousands who were sleeping wherever they could find a dry corner in their ruined home to set up camp.

Three decades ago, renowned hurricane specialist Bryan Norcross did a 23-hour marathon broadcast as Hurricane Andrew slammed into the Florida coast. His broadcast was the only one to stay on the air and many people’s only link to the outside world during the worst of the storm.  He is credited with saving countless lives due to his life-saving advice. Now, 30 years later, Bryan will re-live the storm that devastated South Florida and look at the infrastructure changes that resulted. Watch The Wrath of Hurricane Andrew: Tragedy and Triumph on FOX Weather, premiering August 24 at 10 p.m. EDT.