A Central Florida couple isn't letting their political views get between them.

SEMINOLE COUNTY, Fla. - It’s been a little over a year since Michelle and Curtis Brugonone got married, deciding to share their lives.

“A year and a couple months,” Michelle said.

Michelle is a Biden supporter and Curtis is a Trump supporter.

“So we both knew going into it he was a conservative and I was a democrat, but the love that we have for each other, it didn’t matter,” Michelle said.

“We didn’t get married because of our political beliefs, so we try to keep that separate,” Curtis said.

In a tense political climate, they say it’s not always easy. 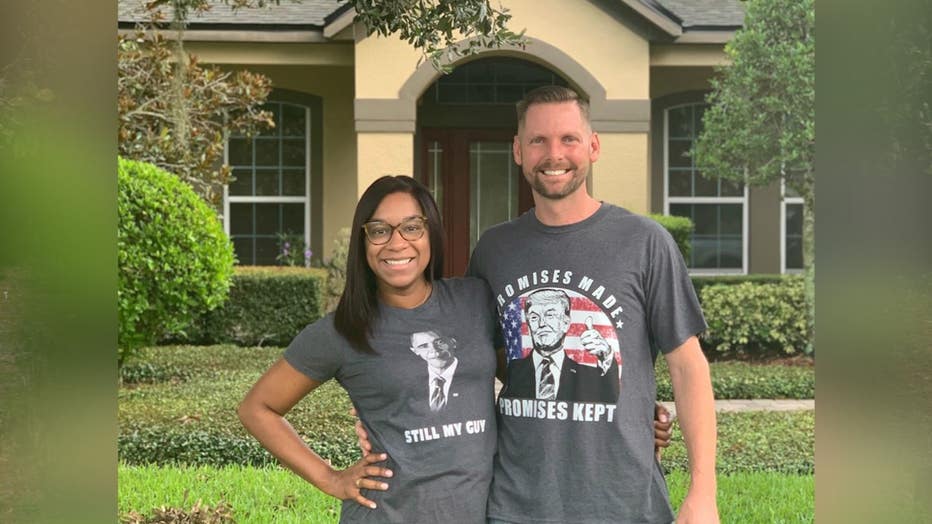 “I’m the more opinionated one so I forget some of the boundaries that we have in place, you know, we're not supposed to be pushy. But I cross the line more often than she does, but she’s very understanding,” Curtis said.

Understanding, respect and agreeing to disagree is why they say it’s worked, though they know it doesn’t always.

“We actually have a friend who he supported Biden and she supported Trump, and they’re actually getting a divorce over it,” Michelle said.

A house divided politically, but not emotionally.

“It’s like a running joke in our family that we cancel our votes out,” Michelle said.

“If I forget to go, then she wins,” Curtis said.

“Love does conquer, so in the end, Tuesday will come and go and we still have to continue on with our life, and so do you want to continue life with the love of your life or alone?” Michelle said.