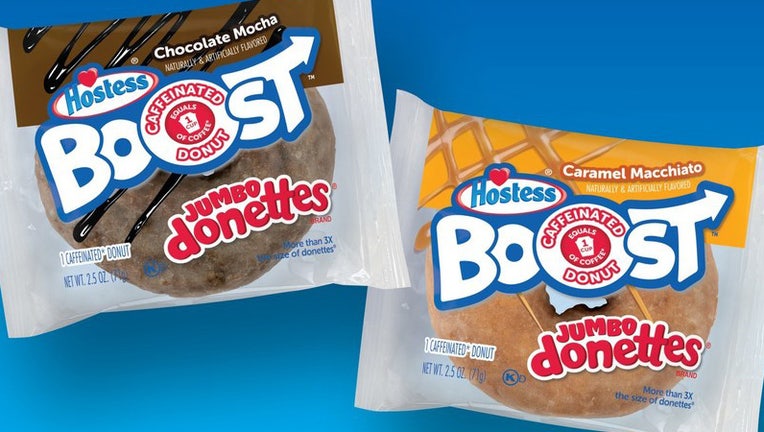 Hostess Boost Jumbo Donettes will include almost as much caffeine as a cup of coffee. (Hostess)

Now you can either drink your caffeine or eat it.

For many Americans, grabbing a cup of coffee is an integral part of their morning. While this might be one of the most popular ways for people to get their first jolt of caffeine, one company is hoping to add another breakfast treat to the morning routine.

Fortunately, this snack is likely already a part of many people’s mornings.

In a press release, the company announced that each Boost Jumbo Donette contains almost as much caffeine as a cup of coffee (50-70 milligrams). Each doughnut is three times larger than a regular-sized donette.

These donettes may be coming at the perfect time, as disposable coffee cups have become the latest shortage to hit the country.

Fox Business previously reported that due to shipping delays, many restaurants and suppliers across the country are running out of disposable cups. Adding to the issue is the fact that many American paper mills are struggling with a worker shortage, forcing them to reduce output.

LINK: Get more on this story from FOXbusiness.com