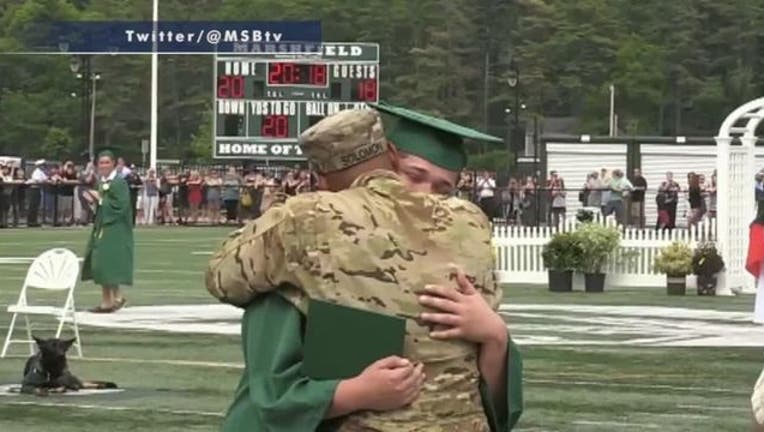 (FOX NEWS) - A Massachusetts high school student was in for the surprise of a lifetime when his father — an Army sergeant deployed overseas — surprised him at his graduation on Saturday.

Tyler Solomon, a student at Marshfield High School, walked across the stage on the school's football field as his name was called, and received his diploma.

Suddenly, the ceremony's announcer stopped the proceedings — and introduced the grad's father, Sgt. Damon Solomon, to the crowd.

To a roar of cheers, Tyler and Damon walked toward each other for an emotional embrace. The two received a standing ovation from graduates and guests, as photographers circled around to capture the special moment.