The mother and restaurant worker turned hero is receiving international attention for rescuing a young boy using a note. Since then, she has been featured a new stories all over the globe.

ORLANDO, Fla. - A quick-thinking Orlando restaurant manager is being hailed a hero after helping a boy escape from a possibly abusive home, police said.

Flaviane Carvalho was working at Mrs. Potato Restaurant on South Kirkman Road on New Year's Day when she noticed at one of the tables, everyone got food except an 11-year-old boy. She said when she asked if something was wrong with the food, the stepfather, Timothy Wilson II, told her the boy was going to eat dinner at home later.

She decided to take action and wrote "Do you need help" on a piece of paper and stood behind his parents where they couldn't see. After several attempts, Carvalho said that he signaled yes. Police were immediately called and the child's mother and stepfather were arrested. The boy was taken to get medical attention.

A waitress is being credited with saving the day after noticing a boy in distress at her restaurant. You could call it a mother's intuition. 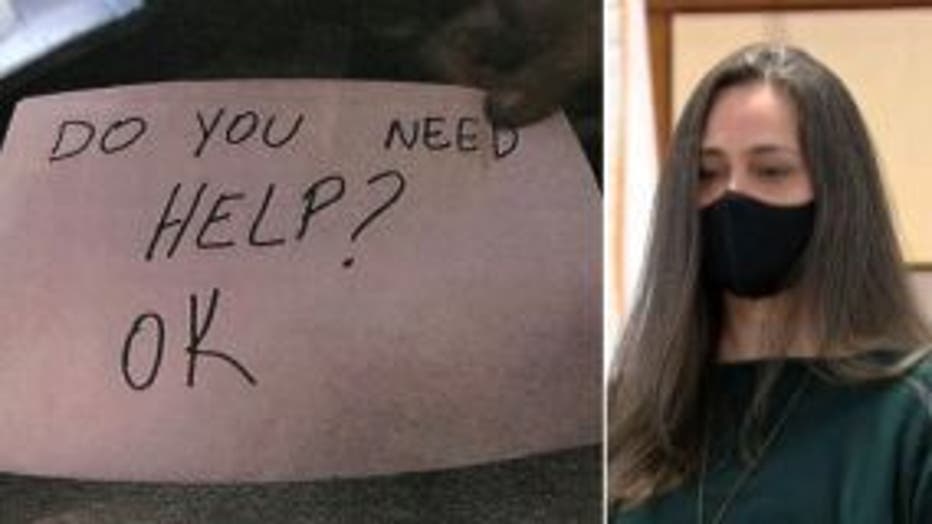 They discovered during this that the boy was underweight for his age and endured torture.

"Ratchet straps were tied around his ankles and neck, and he was hung upside down from a door.  He said he was hit with a wooden broom, and handcuffed and tied to a large moving dolly.  He also said he didn’t get to eat on a regular basis as punishment," police said. They added that he would also be forced to do planks for 30 minutes at a time and if he failed, he would be beaten.

Both the boy and the couple's four-year-old child were removed from the home and are in the custody of the Florida Department of Children and Families.

A trust account has been created in support of the children involved in this alleged abuse case.  Those who wish to donate can send those donations to the address below:

Carvalho spoke to FOX 35 about the incident on Monday.

The hero server spotted bruises on the boy and knew she had to take action while working.

"I was working and normally, we were about to close and a family came in for dinner. They sit and they start making the order and I noticed that the boy in the family was couldn't -- they did not talk with him, they ordered food for everyone except him," she said.

MORE NEWS: Trump may issue as many as 100 commutations, pardons before term ends

She dived deeper into the incident, stating that "after I figured out that something is really wrong with the family, especially with the boy, I knew I needed to do something to help."

So, she said that "the only thing that I could think to do to not alarm the parents is write something because he was in the position where he could see me and I could see him but the parents couldn't see me."

In her head, she was thinking that "if this family will leave before the police would arrive, I would grab the kid."

Thankfully, the police arrived before they left.

Since then, over $40,000 has been raised via GoFundMe to give to Carvalho.

"It means so much to me. I never expect something like that," she said.