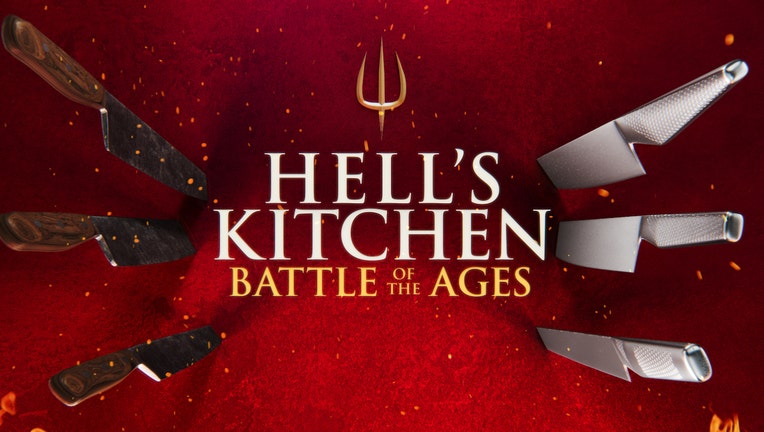 CHICAGO - Welcome to "Hell’s Kitchen" recaps! The 21st season’s key ingredient is an age gap, as "Battle for the Ages" pits twentysomethings against fortysomethings. Miss a week? You can read our recaps and watch On Demand, on FOXNow, on Hulu and on Tubi, FOX’s free streaming service. This television station is owned by the FOX Corporation.

"Hell’s Kitchen," the foul-mouthed culinary competition that introduced U.S. audiences to the now-ubiquitous Gordon Ramsay, has never been interested in change. Its 21st season isn’t all that different from the one that premiered in the U.S. back in 2005: Every week, hungry cooks run the gauntlet of a high-pressure dinner service with a fire-breathing Ramsay at the helm; make it until the end and you’ll be rewarded with a prestigious gig at one of the celebrity chef’s ritzy restaurants.

Along the way, the cooks flaunt their signature dishes, learn to master Ramsay’s Beef Wellington and hold back tears when they’re inevitably called a "donkey."

"Hell’s Kitchen": And a monster truck rally on the side

Season 21 begins like its predecessors, but it comes with one notable change. Instead of its tried-and-true boys vs. girls format, this round is a "battle of the ages" in which the 18 chefs are split up by age. The red team is composed of twentysomethings, while the blue team is made up of fortysomethings. Ramsay proves he’s ageless by barreling into the Hell’s Kitchen parking lot in a monster truck. Sorry, Grave Digger, but he won’t be needing your services anytime soon. 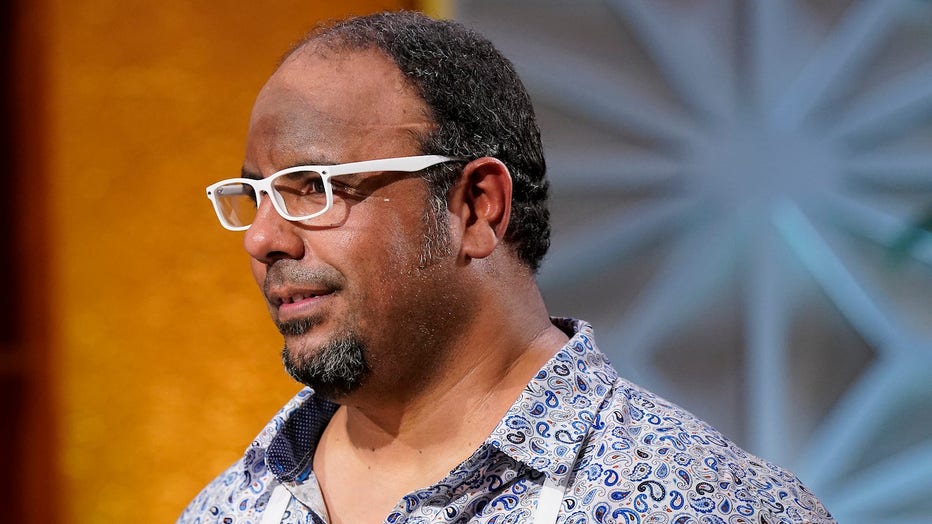 As is "Hell’s Kitchen" tradition, the chefs swiftly hit their cutting boards for the signature dish challenge. Here, personalities begin to emerge. Zeus, for example, is a 48-year-old who knows what it’s like to have a great white shark bite your head. He also, quite impressively, makes the sausages in his bangers and mash from scratch.

Vlad, a cocky 26-year-old from Chicago, calls himself "truffle boy" and specializes in dishes that run upwards of $200. (He is lightly mocked by Alyssa, another young buck, who knows him from the Windy City’s culinary scene.) Vlad, however, isn’t entirely ego-driven — when Ileana, a 23-year-old practitioner of coastal cuisine from Virginia, struggles with her risotto, he drops everything to help her finish it. This is a team challenge, after all.

It works like this: Every chef’s dish is scored individually by Ramsay on a scale of 1 through 5, which contributes to their team’s total score. Whichever team has the highest score after each chef has presented their dish wins. Vlad’s confidence pays off when Ramsay says he’d gladly pay $230 for his bone-in Australian wagyu steak with lobster mushrooms and white truffle. Other highlights from the red team include Dafne’s handmade corn and truffle ravioli and Sakari’s oyster stew with confit cod, which Ramsay praises as "very complex." 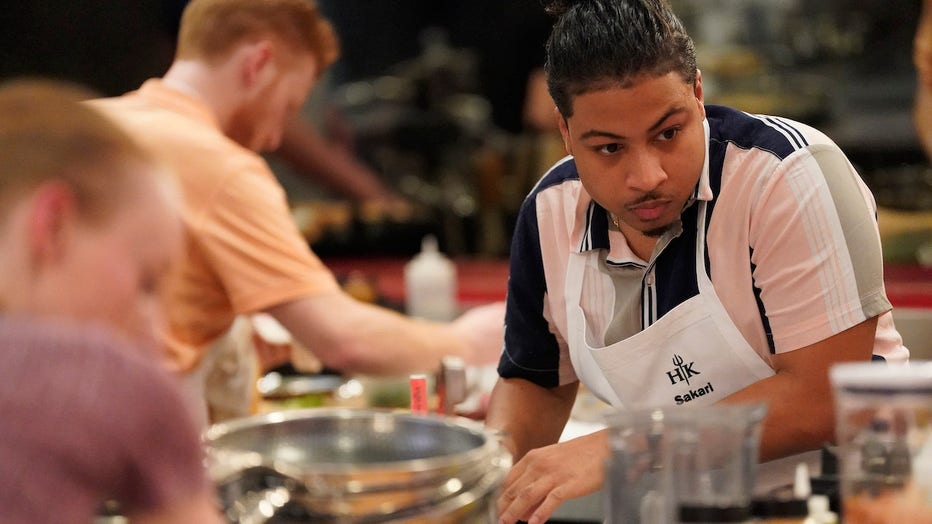 The elder team has a handful of standouts as well. Alex, for example, scores a "strong 5" with his spice-crusted salmon, which he presents after emotionally recounting the closing of his restaurant during the COVID-19 pandemic. "Precision beyond belief," says Ramsay of his salmon. Tara, too, comes with a story of adversity: After having to relearn a number of cognitive abilities following a car accident, she found a renewed sense of purpose in the kitchen. Her fennel-crusted pork tenderloin is also a favorite.

In the end, the teams are tied. Ramsay brings up his two favorite dishes — Sakari’s stew and Alex’s salmon — for the tiebreaker, ultimately choosing Sakari’s stew for its balanced salinity and perfect cod cookery. As a prize, the red team is treated to a sunset cruise on a yacht and, perhaps most importantly, dinner with Ramsay. The blue team, meanwhile, is on kitchen duty. 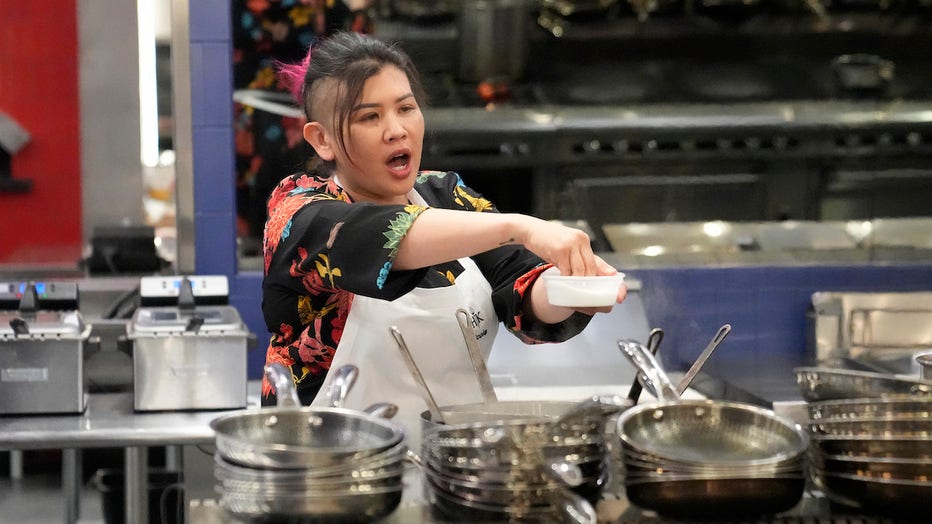 As he’s wont to do, Ramsay singles out Nicole, who scored a 1 after making a tagliatelle with boxed pasta and canned tomatoes, as the blue team’s biggest loser. "Nicole, if only you made fresh pasta you’d be setting sail!" Granted, there were duds elsewhere as well. O’Shay’s liberal incorporation of orange soda, for example, got him dinged a few points, which certainly didn’t help the blue team.

WATCH FREE ON TUBI: "Anthony Bourdain: A Cook’s Tour" — get the app

On the red team, Ileana’s butternut squash risotto looked amateurish and sloppy in addition to being undercooked and underseasoned. And Sommer, who goes by the nickname VIP, gets a dreaded 1 for her too-sweet stewed salmon. "It’s not VIP, it feels like general admission," Ramsay cracks. They each owe Sakari a debt.

As the red team bonds with Ramsay as the sun sets over the Pacific, the blue team begin to discover they’re not a huge fan of the jokes (and snoring) of Billy, a.k.a. B-True. Also rubbing some people the wrong way is Tara’s take-charge attitude in the kitchen. "Too many head cooks in one kitchen," she observes. 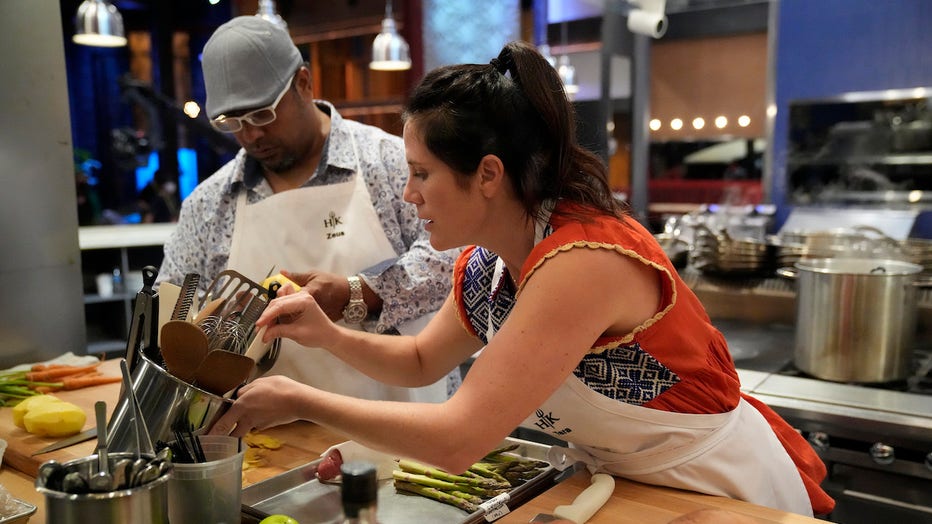 The episode ends with the introduction of next week’s challenge: Who can make the best "delicious, elevated chicken wing"? Whoever loses will go home. Whoever wins, however, will be one step closer to the season’s grand prize: A head chef position at the new Hell’s Kitchen restaurant in Caesars Atlantic City, as well as a prize worth a quarter of a million dollars.

In the next episode, maybe we’ll find out why that goofy waiter with the chicken wings slipped and fell so theatrically. What the heck was that about?

About the writer: Randall Colburn is a writer, editor, and podcaster based in Chicago.

"Great British Bake-Off" icon Mary Berry cooks up comfort food in her cozy kitchen, casually coaxing curious cooks into concocting Berry’s favorite recipes. (No, we will not apologize for any of that alliteration.) One season, eight episodes.

How to watch "Hell’s Kitchen"

"Hell’s Kitchen" airs Thursdays at 8 p.m. EST on FOX. You can also watch On Demand or stream online via FOXNow. 13 seasons, including much of the current season, are streaming on Hulu. And Tubi’s Gordon Ramsay channel offers many of Ramsay’s seemingly infinite shows, including "MasterChef," "MasterChef Junior" and "Next Level Chef," his latest.