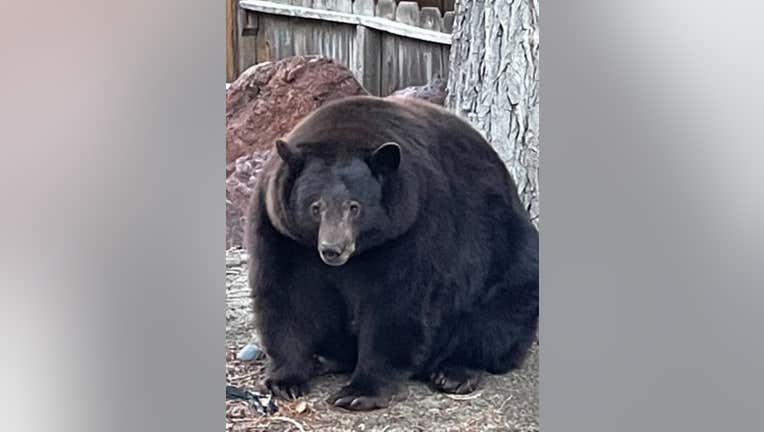 A large black bear that was set to be captured and euthanized for allegedly breaking into dozens of Lake Tahoe homes will be spared, state wildlife officials announced.

DNA evidence revealed that "Hank the Tank," who may weigh as much as 500 pounds, was not responsible for all the home invasions near South Lake Tahoe, according to the California Department of Fish and Wildlife.

Instead, there are at least three bears roaming the Tahoe Keys area who have barged into homes, the Fish and Wildlife Department said.

The most recent apparent sighting of Hank, in which a bear broke into a home through a garage, was apparently one of the other bears.

'Hank the Tank,' Tahoe bear, breaks into another home

A 500-pound black bear has broken into another home near Lake Tahoe. The bear, nicknamed "Hank the Tank" entered a Tahoe Keys home and left through the backdoor after authorities banged on the house. Officials have tried capturing the bear for months.

The Lake Tahoe basin and surrounding mountains are a natural habitat for bears,

Initially, Hank had been blamed for breaking into more than two dozen homes since last summer. It was believed the bear was looking for food, but his trail of destruction angered residents.

It had also led some authorities to conclude the bear needed to be put down because it no longer feared humans.

"Considering new evidence suggesting multiple bears are responsible for recent incidents, CDFW will work in coming weeks and months to trap bears in the South Lake Tahoe area, tag them, collect evidence for genetic analysis, and then release them into suitable habitat," the department said. "CDFW is not going to euthanize any bears that are trapped during this effort."

The BEAR League, which has advocated for protecting Hank and other bears applauded the decision.

"So… Hank no longer has a death sentence hanging over him and he is no longer going to have his freedom taken away from him by sending him to a sanctuary," the group said on Facebook. "We fully support this decision and are grateful for the investigation into the truth that was taken seriously by the experts within our CA DFW."