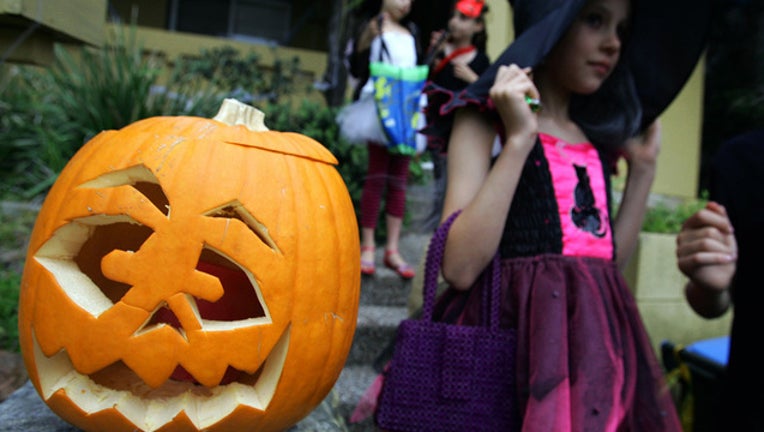 TAMPA, Fla. (FOX 13) - Halloween is one of America’s favorite holidays, but some people are growing tired of trick-or-treating on a weekday.

A change.org petition was recently started by the Halloween and Costume Association to change the date of Halloween from October 31 to the last Saturday in October.

The group is arguing that the spooky holiday should be celebrated during the day to keep children safe and avoid interference with work schedules.

The origin of Halloween dates thousands of years back, and it wasn’t always about dressing up and collecting your favorite candy.

LINK: Snickers will give away 1 million candy bars if the date of Halloween is changed

Halloween started with the ancient Celtic festival known as Samhain. November 1 marked the new year for the Celts as well as the end of summer and harvest. This also meant it was the beginning of the dark winter, a time many associated with death.

According to history.com, Samhain took place the night before, on October 31. It was believed on that night the souls of the dead would come back. People did many things in an attempt to scare away the spirits. Some would light fires, while others would dress up and wear disguises to avoid the ghosts recognizing them.

When immigrants swarmed to America in the 19th Century, Halloween came with them.

Americans began to dress up and trick-or-treating slowly developed. The idea of trick-or-treating comes from the tradition of “souling.” During Samhain, people would go door-to-door asking for “soul cakes,” offering song and dance in return. This was seen as a way to prepare for the winter.

Fast-forward to 2019. The petition's main reason for the change is children’s safety. It mentions several facts supporting the argument including that there are 3,800 Halloween-related injuries each year and 65 percent of parents don’t discuss Halloween safety with their kids.

Moving Halloween to the last Saturday of October could be a safer option, but the petition signers still have a long road ahead to make it happen.

LINK: The petition can be seen here.