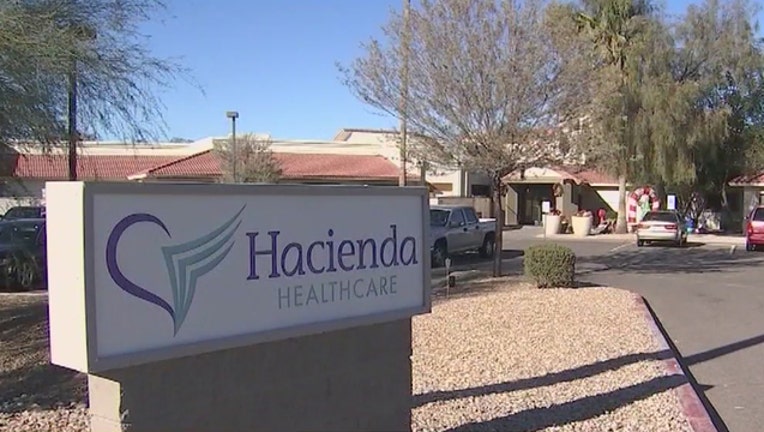 PHOENIX (FOX 10) - The parents of a woman who was sexually assaulted before giving birth at Hacienda Healthcare in Phoenix say their daughter is able to communicate with others and is not in a coma.

The family's attorney released the following statement on Tuesday regarding the victim:

"The victim’s parents would like to make clear that their daughter is not in a coma. She has
significant intellectual disabilities as a result of seizures very early in her childhood. She
does not speak but has some ability to move her limbs, head and neck. Their daughter
responds to sound and is able to make facial gestures. The important thing is that she is a
beloved daughter, albeit with significant intellectual disabilities. She has feelings, likes to
be read to, enjoys soft music, and is capable of responding to people she is familiar with,
especially family."

On Monday, officials with Hacienda Healthcare announced the two physicians who were responsible for the care of the victim are no longer providing medical services with its patients. One of the doctors resigned and the other has been suspended. Phoenix Police spokesperson Sgt. Tommy Thompson said on Tuesday he had no details about teh doctors, and would not say if they were being investigated as part of the case, according to the Associated Press (AP).

Phoenix police say a long-term investigation is underway into the sexual assault.