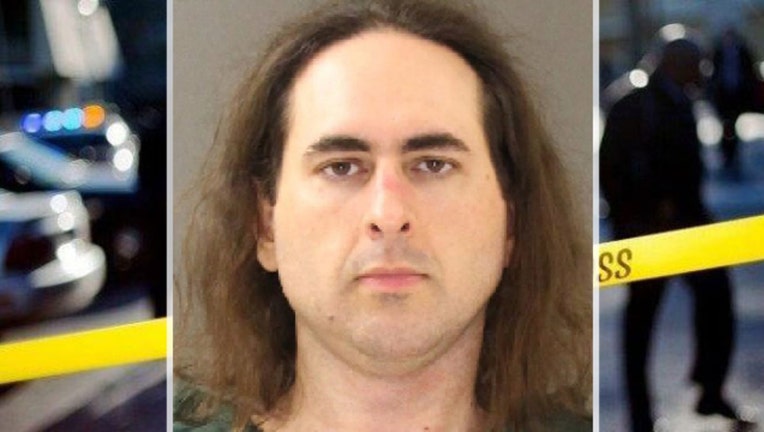 ANNAPOLIS, Md. - A Maryland man pleaded guilty Monday in the slayings of five staffers at an Annapolis newspaper, and a jury is expected to hear testimony within weeks about whether he was not responsible by reason of insanity.

Ripken said she determined that Ramos "freely, knowingly and voluntarily" waived his right to a jury trial to determine his guilt or innocence.

An attorney for the man accused of killing five Maryland newspaper employees last year told a court Monday that he will plead guilty but not criminally responsible by reason of insanity to the murders.

Wearing green jail clothes and a long beard, Ramos stood in court and repeatedly answered "that is correct" when asked by the judge whether he understood he was giving up his right to the first phase of his trial to determine whether he committed the crimes.

"Yes, I am," Ramos said, when asked if he was guilty of all 23 courts in an indictment, including first-degree murder.

Employees of the newspaper who attended the hearing held hands.

The 39-year-old Ramos had originally pleaded not guilty and not criminally responsible. The latter term is Maryland's version of an insanity defense.

According to the state's attorney, jury selection is expected to start Wednesday. A hearing to determine whether Ramos is criminally responsible would begin in November.

Before the shooting, Ramos had been accused of harassing the Capital Gazette's staff in connection with a defamation suit he filed against the newspaper in 2012, authorities have said. The suit was thrown out.

Police said Ramos was angered that the newspaper reported on his guilty plea to a misdemeanor harassment charge about a decade ago after a former high school classmate alleged he was stalking and harassing her.

Authorities say Ramos stormed the newspaper office in June 2018 with a shotgun and killed John McNamara, Wendi Winters, Rebecca Smith, Gerald Fischman and Rob Hiaasen. It was one of the deadliest attacks on journalists in U.S. history.

Police say they arrested Ramos after the shooting as he hid under a desk in the newsroom.

Anne Colt Leitess, the state's attorney prosecuting the case, described in a statement of facts how Ramos gave himself up to police.

"I surrender. I surrender. I'm your shooter," Ramos said, according to Leitess' statement of facts, which she read in court.