TAMPA, Fla. - Tampa's annual Gasparilla tradition may be off, but that isn't stopping Cliff Gephart and others from launching a boat parade of their own, calling it Trumparilla.

"We wanted it to be patriotic. We wanted to let the world know there's a segment of the population that wants to live our lives," Gephart said.

Gephart is also one of the guys behind the Conservative Grounds Coffee Shop in Largo.

Trumparilla is planned for April 17. Other details are still being worked on, but expect the flotilla route to include stops at Beer Can Island. He says nearly 2,500 boaters have already shown interest. 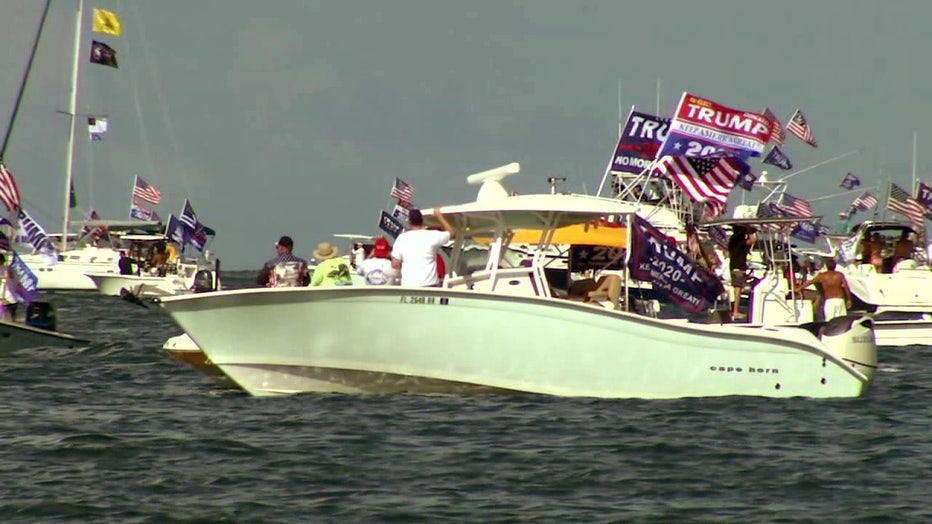 "We just wanted to say 'Hey, look we can still do this in a safe manner.' Those who want to participate can. Those who don't want to, don't have to," he said.

Meanwhile, Jake Hoffman, president of the Tampa Bay Young Republicans, is also planning a boat parade the same day. His, he says, is non-partisan, but by April 17, the events may be coordinated together.

"When the city decided to host a Super Bowl boat parade that was able to be done safely, so in our eyes there's no reason why we can't host a Gasparilla boat parade in the same fashion," Hoffman said.

The events are not affiliated with the Ye Mystic Krewe.