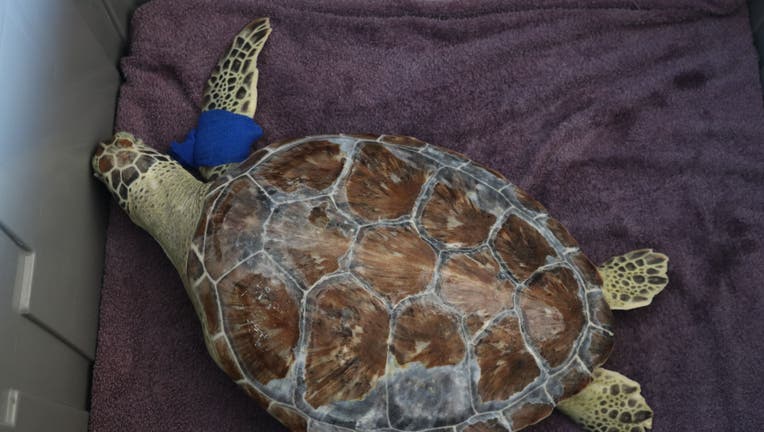 WILBUR-BY-THE-SEA, Fla. - A sea turtle whose left flipper was amputated due to an infection has been released back into the Atlantic Ocean in Florida.

The green turtle named Endor had spent months rehabilitating and living in the Florida Aquarium in Tampa before being released on Tuesday in Wilbur-by-the-Sea on Florida’s East coast. 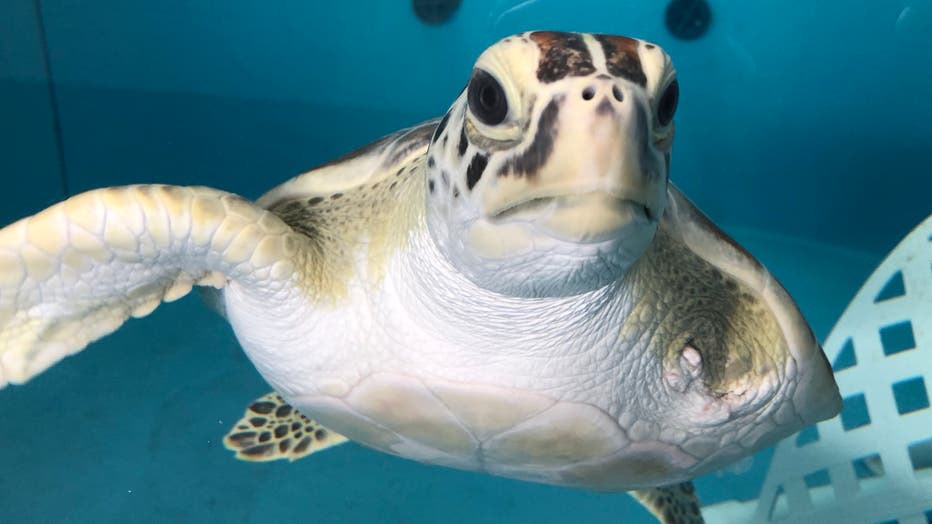 The turtle was taken to Tampa on April 1 with six other turtles who had endured cold-stunning, which is similar to hypothermia and causes low blood circulation, pneumonia, decreased heart rate and exhaustion.

Katie Hartwig, a sea turtle biologist at the Florida Aquarium, said Endor’s flipper was infected and after treating it with antibiotics, they decided to amputate.

“The amputation was best for him,” she told The Daytona Beach News-Journal. “He can swim just fine.” 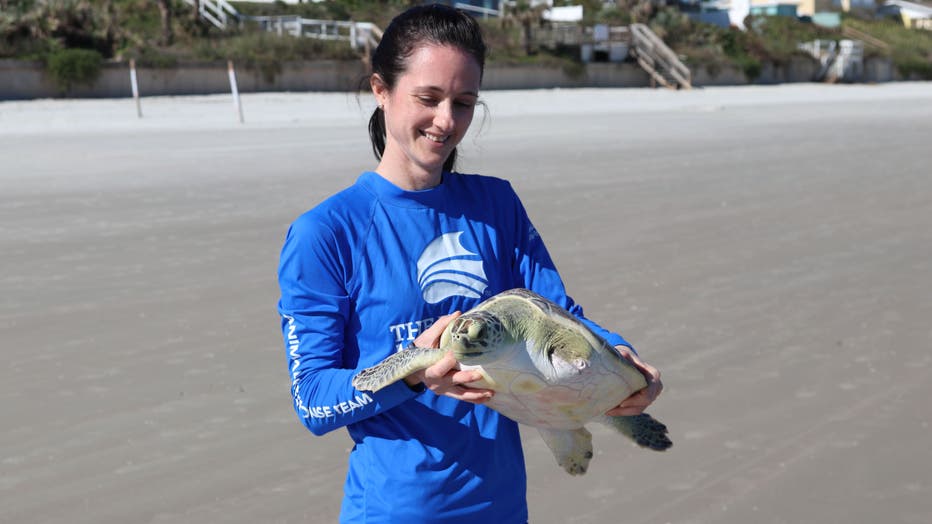 In case Endor washes up on shore or gets injured, aquarium biologists tagged Endor so others can have access to his medical condition and history.