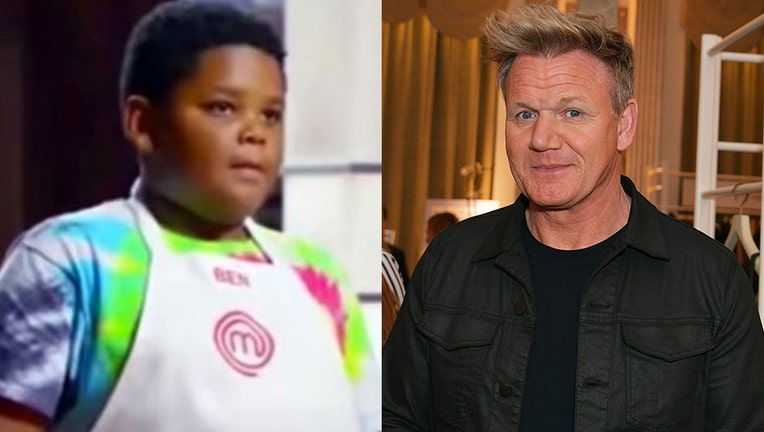 Watkins competed during season six of the cooking competition show.

"Our Ben went home to be with his mother Monday afternoon after a year-and-a-half-long battle with Cancer," read a statement from his family on a GoFundMe page.

Watkins' parents died in a murder-suicide in 2017, just months before season six of "MasterChef Junior" premiered. He was cared for by his uncle after his surgery, the family's attorney, Trent A. McCain, said.

"Ben was and will always be the strongest person we know. When Ben's rare illness was shared with the world, he was so heartened by the outpouring of love he received from every corner of the globe-- especially here in his hometown of Gary, Indiana," the family's statement continued. "We cannot thank this community enough for holding our family up in prayer and for all that you've done."

"We lost a Master of the @MasterChefJrFOX kitchen today," he wrote alongside a photo of the young chef. "Ben you were an incredibly talented home cook and even stronger young man. Your young life had so many tough turns but you always persevered. Sending all the love to Ben Watkins’ family with this terrible loss."

After the news of Watkins' diagnosis went public, Ramsey and several judges and contestants from "MasterChef Junior" appeared in a video in August to wish their friend well and to encourage fans to donate to his GoFundMe.

“If you can beat me in the ‘MasterChef Junior’ kitchen, trust me, you can beat this,” Ramsay said in the video. “God bless, and lots of love, buddy.”