Good Samaritan may have saved another from becoming paralyzed

A Seminole County couple is trying to track down the Good Samaritan who may have saved a crash victim from becoming paralyzed.

SANFORD, Fla. - A Seminole County couple is trying to track down the Good Samaritan who may have saved a crash victim from becoming paralyzed.

David is still recovering from surgery at HCA Florida Lake Monroe.  In the meantime, his wife has taken to social media, trying to find the man who helped him right after the wreck.

"We obviously owe a great deal of debt to this gentleman – this angel – whomever he may be," Kristin said. She asked FOX 35 not to share their last name.

Kristin says David was driving on State Road 434 in Winter Springs last Thursday when he was hit by another car.

"Both cars flipped," Kristin explained. "He remembers trying to get out of his driver’s window because his car was upside down." 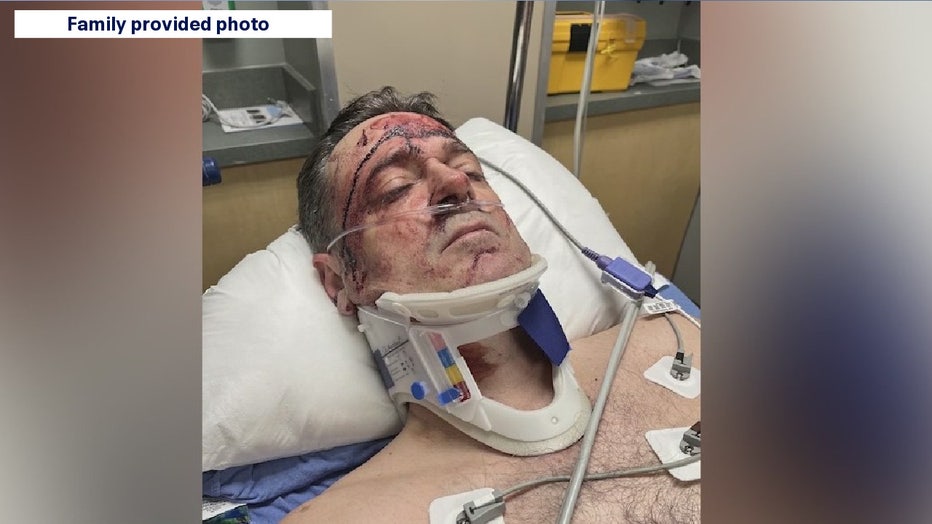 Kristin says David out of instinct tried to stand after crawling out of the car. That’s when the Good Samaritan appeared.

"A gentleman said to him, ‘Stay down, don’t try to get up. You need to stay still.’ And he stayed like that," she said.

David was rushed to the hospital in Sanford where he learned that his spine was fractured.

"His surgeon later told him, ‘You couldn’t have done any better. If you had gotten up – you’re back was so unstable – it’s very possible you could have been paralyzed,’" Kristin recalled.

The couple gives the credit to that Good Samaritan.

But David, who had just regained consciousness, doesn’t remember much about him.  That’s why they’re making a public plea for this person to come forward.

Florida Highway Patrol says the crash is still under investigation. If you have any information that could help them, let them know,