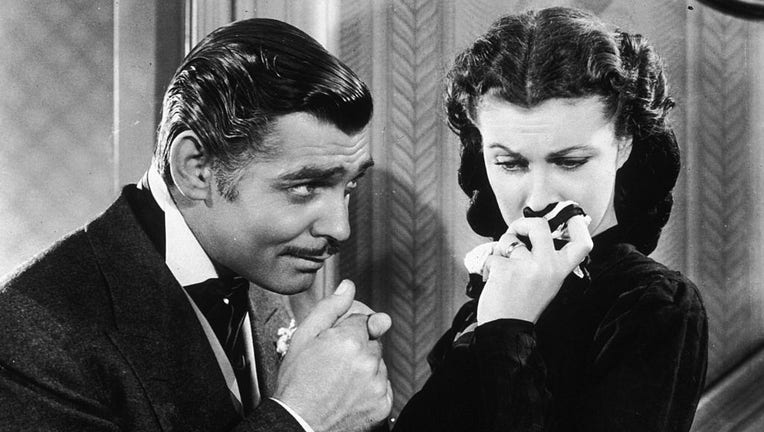 "Gone with the Wind" will be returning to HBO Max with some new material.

The 1939 film was pulled from HBO Max amid heightened racial tension around the world following the death of George Floyd, who died while in police custody after officer Derek Chauvin knelt on Floyd's neck for over eight minutes.

When the film returns to the streaming service -- the date of which is still unclear -- it will include an introduction from Jacqueline Stewart, a Turner Classic Movies host and professor in the Department of Cinema and Media Studies at the University of Chicago.

Stewart made the announcement in an op-ed called "Why we can't turn away from 'Gone with the Wind''' published by CNN.

"HBO Max will bring 'Gone with The Wind' back to its line-up, and when it appears, I will provide an introduction placing the film in its multiple historical contexts," she wrote. "For me, this is an opportunity to think about what classic films can teach us. Right now, people are turning to movies for racial re-education, and the top-selling books on Amazon are about anti-racism and racial inequality."

She concluded: "If people are really doing their homework, we may be poised to have our most informed, honest, and productive national conversations yet about Black lives on screen and off."

The movie remains the highest-grossing film of all time when adjusted for inflation and won eight Oscars -- including Hattie McDaniel's historic win -- but has been criticized for its depictions of black people and slavery.

WarnerMedia chief Bob Greenblatt previously called pulling the movie from the streaming service was "a no-brainer" and explained that it would return with a disclaimer.

"We failed to put the disclaimer in there which basically sets up the issues that this movie really brings up," said Greenblatt. "We took it off and we're going to bring it back with the proper context. It's what we should have done. I don’t regret taking it down for a second. I only wish we had put it up in the first place with the disclaimer. And, you know, we just didn’t do that."

In her op-ed, Stewart advocated that the film not be ignored.

"'Gone with the Wind' is a prime text for examining expressions of white supremacy in popular culture," she explained. "Based on Margaret Mitchell's blockbuster novel, 'Gone with the Wind' taps into longstanding myths about the gentility of the antebellum South. The film's lavish costumes, magnificent plantation sets, and sweeping Technicolor cinematography render Scarlett O'Hara's romances and economic tribulations in grand melodramatic fashion."

Reps for HBO Max declined to comment when reached by Fox News.