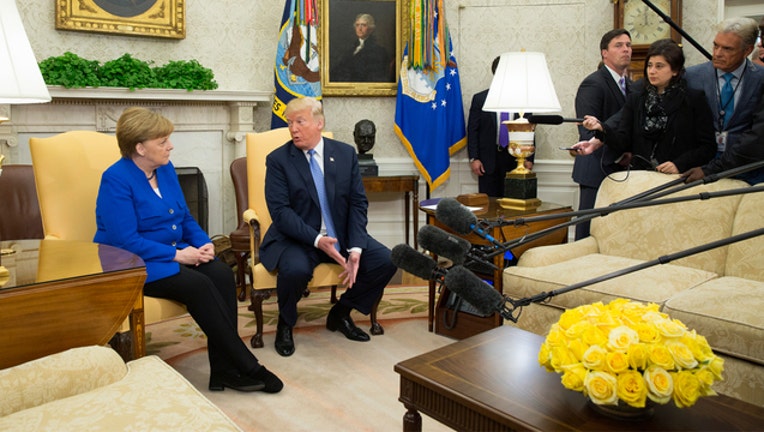 BERLIN (AP) - German Chancellor Angela Merkel has confirmed that she plans to step down as leader of her conservative party after 18 years but says she will remain German chancellor for the rest of the current parliamentary term.

Merkel appeared keen to set in motion an orderly transition amid recent signs that her authority is eroding. Her fourth-term government, which took office in March, has become notorious for infighting. Voters punished the governing parties in state elections Sunday in Hesse and two weeks ago in Bavaria.

The current parliamentary term is due to end in 2021.

Merkel told reporters Monday that she sees this as the opening of a new phase for her conservative Christian Democratic Union party. She says "this is a very good process that we haven't had in 18 years."

She confirmed reports that Health Minister Jens Spahn and CDU General Secretary Annegret Kramp-Karrenbauer have both announced they would vie for the party leadership job.

Spahn has been a critic of Merkel while Kramp-Karrenbauer is widely seen as relatively close to the chancellor. Merkel told reporters Monday, however, that she wouldn't try and influence the process of who succeeds her.

Merkel says that she sees "many more opportunities than risks" in her plan to hand over the leadership of her party at a December congress.

Merkel said she ultimately bears the responsibility for her fourth-term government's poor start and there need to be changes. She said Monday that it's "time to start a new chapter."