While driving home, a man says his tire blew out and he was stranded with no jack to change the tire. A state trooper nearby came to his aide. Not only did the trooper have a jack, he also assisted with changing the tire.

It was an act of kindness a South Fulton man won't soon forget. Now he wants to make sure the Georgia State Patrolman who helped him gets his due credit.

Breon Rahmaan owns a business in Atlanta and lives in South Fulton. He says he was on the highway driving home on Sept. 8 when the unexpected happened. His tire blew out and he was in a pickle.

"I was stranded because I had no jack to change the tire," Breon told FOX 5.

Fortunately for Breon, a trooper was nearby dealing with another driver on the side of the road.

"I explained what happened and asked the trooper if he had a jack. Not only did the trooper have a jack, he also assisted me with changing the tire." 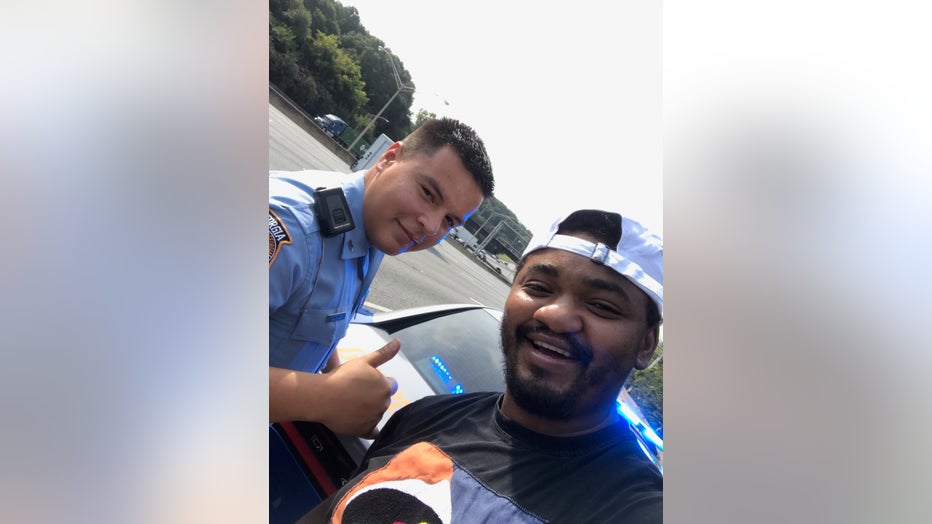 Breon Rahmaan (right) says a Georgia State Patrolman went above and beyond to help him after he became stranded on the roadside (Credit: Breon Rahmaan)

Breon says he didn't get the trooper's name, but wanted to recognize him for "his good deed of going above and beyond" to assist him.

"There's good people out there, regardless of what you been going through," Breon said.