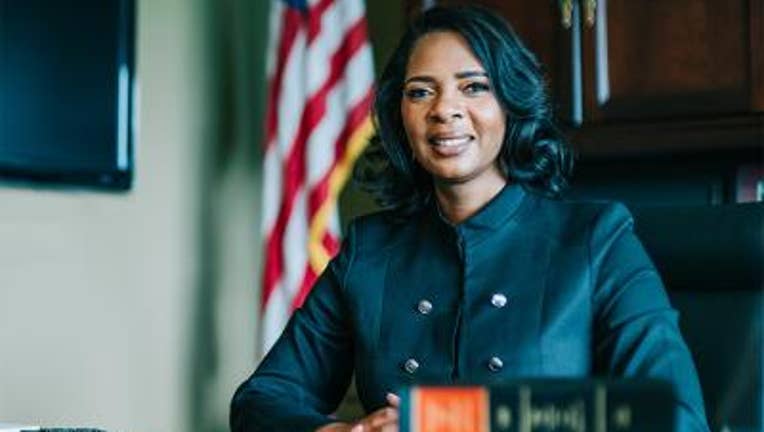 ATLANTA - Georgia's attorney general has appointed a new special prosecutor in the case of Ahmaud Arbery, a black man who authorities said died at the hands of two white men as he ran through a south Georgia neighborhood.

"We specifically requested a member of The Black Bar," says Lee Merritt, an attorney on the legal team representing Arbery's family. "We feel like members of The Black Bar will have an easier time identifying with the true racial undertones of something we believe to be a modern-day lynching."

Attorney General Christopher Carr announced on Monday that he will formally appoint District Attorney Joyette M. Holmes of the Cobb County Judicial Circuit to lead the prosecution of Gregory and Travis McMichael.

Attorney General Christopher Carr announced on Monday that he will formally appoint District Attorney Joyette M. Holmes of the Cobb County Judicial Circuit to lead the prosecution of Gregory and Travis McMichael.

The appointment comes after the lawyers for Arbery's family say they demanded to replace District Attorney Tom Durden, saying on Twitter that he had "sat on the case" until video of the shooting was leaked.

“I appreciate District Attorney Tom Durden’s involvement in the Ahmaud Arbery case,” Carr said. “This case has grown in size and magnitude since he accepted the appointment on April 13, 2020, and as an experienced District Attorney, Tom has recognized that another office is better suited from a resource perspective to now handle the case. As a result, he has requested our office to appoint another District Attorney."

Holmes has accepted the appointment, saying that her office will immediately begin to gather materials associated with the investigation.

“We appreciate the confidence that Attorney General Carr has in our office’s ability to bring to light the justice that this case deserves,” Holmes said in a statement.

Attorney Ben Crump released a statement on behalf of the Arbery family following the news Monday:

“In order for justice to be carried out both effectively and appropriately in the murder of Ahmaud Arbery, it is imperative that the special prosecutor has no affiliation with the Southeast Georgia legal or law enforcement communities. We implore District Attorney Joyette Holmes to be zealous in her search for justice, as she works to hold all of those responsible for the unjustifiable execution of an unarmed young Black man in broad daylight.”

The change in prosecutor comes after Carr announced on Sunday said he had formally asked the U.S. Department of Justice, led by U.S. Attorney for the Southern District of Georgia Bobby Christine, to conduct the investigation into how Arbery’s death was handled. 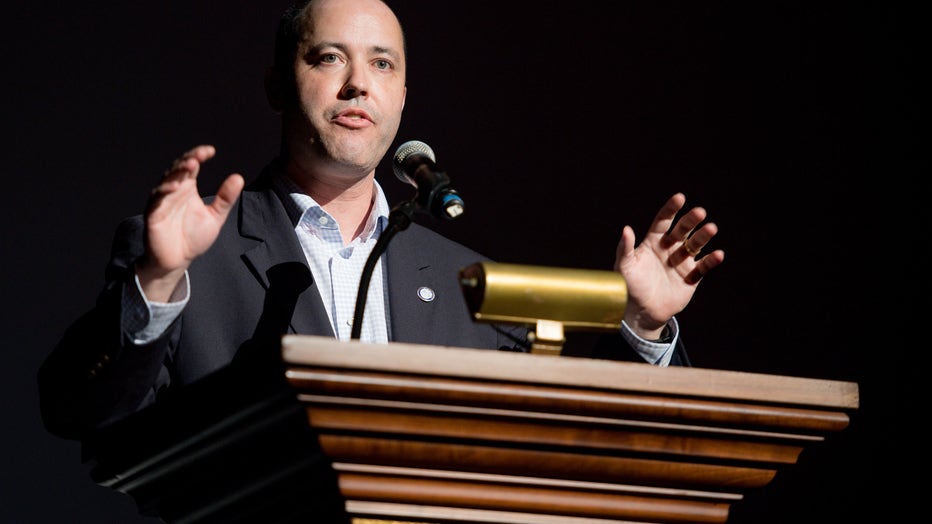 “We are committed to a complete and transparent review of how the Ahmaud Arbery case was handled from the outset,” said Attorney General Chris Carr. “The family, the community and the state of Georgia deserve answers, and we will work with others in law enforcement at the state and federal level to find those answers.”

Arbery, 25, was killed on Feb. 23 along Satilla Drive near Holmes Drive in Glynn County, according to a police report obtained by FOX 5 Atlanta. His family said he was out for a Sunday afternoon jog. 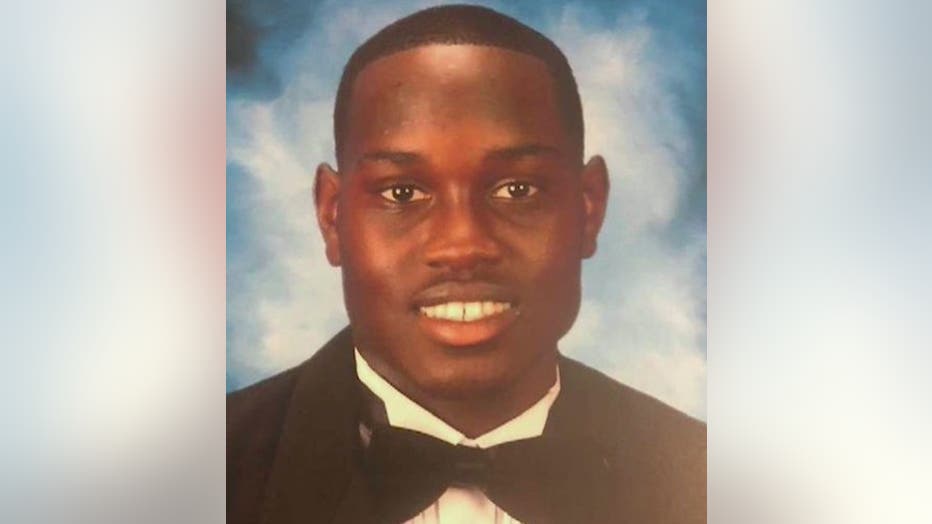 The GBI arrested Gregory McMichael, 64, and Travis McMichael, 34, Thursday for the death of Arbery.

The social justice arm of Jay-Z’s Roc Nation entertainment company on Sunday called on Georgia officials to take quick action in the case.

Officials in Georgia also say they had arrested a 20-year-old man after investigating an online threat against people protesting the killing of Arbery. 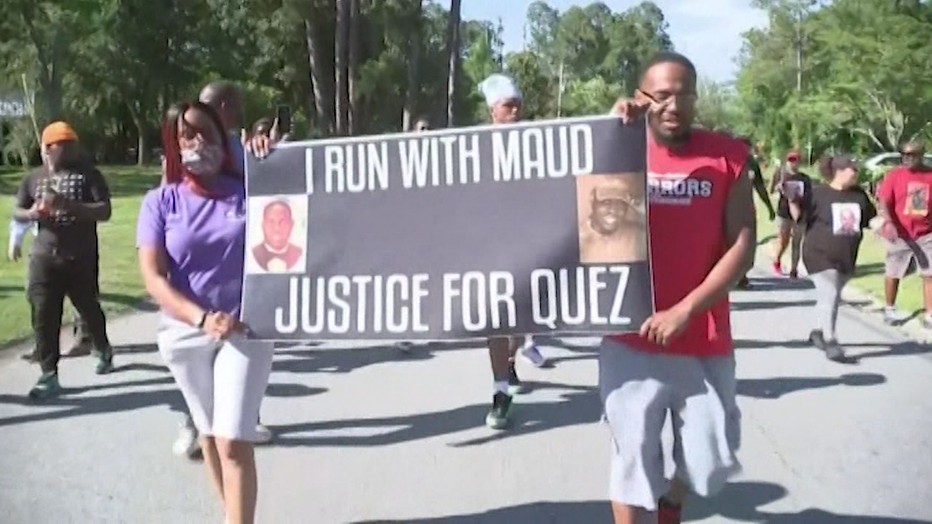 A rally and run were held in the Brunswick neighborhood where Ahmaud Arbery was killed on what would have been his 26th birthday on May 8, 2020. (FOX)

The Georgia Bureau of Investigation on Sunday said state police arrested Rashawn Smith and charged him with dissemination of information relating to terroristic acts. He was taken into custody in Midway, a town about 50 miles (80 kilometers) north of Brunswick.

Earlier in the day, the GBI said it had “been made aware of a Facebook post that contains a threat to future protests related to Ahmaud Arbery.”

It was not immediately clear if Smith has an attorney who could comment on the charge.

Several hundred people protested the case Friday in Brunswick, near the site where Arbery was fatally shot on Feb. 23.

The GBI said the case remains open and under investigation. Anyone with information related to the case should contact the GBI at 1-800-597-TIPS (8477).