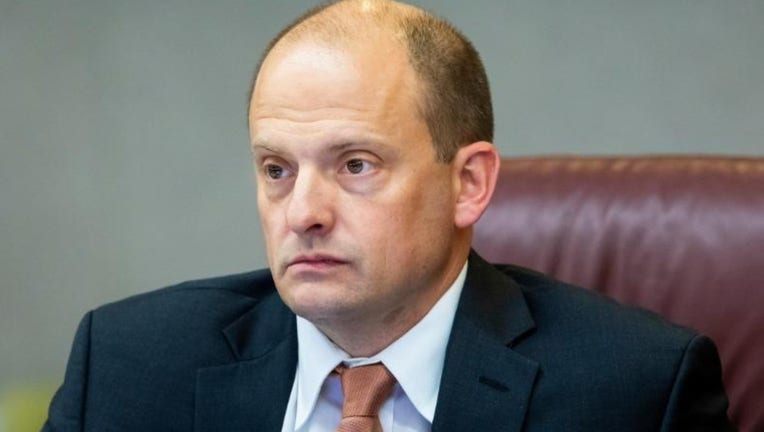 Garcia’s 34-vote victory means Republicans will head into the 2021 legislative session with their Senate majority growing by one, to 24-16.

Rodriguez, an attorney who made climate-change impacts on South Florida one of his pressing issues after being elected to the Senate in 2016, wished Garcia well and offered assistance in a video statement.

“Garcia is the choice of Senate District 37 (and) is your next state senator. And I wish her well,” said Rodriguez, who didn’t question the recount process. “I had the opportunity to tell her that in a brief phone conversation a few minutes ago.”

In a statement, Garcia said she was “deeply humbled” by the outcome.

“I’m committed to take to Tallahassee the concerns of the residents of District 37 and I will work diligently on their behalf to make the American Dream a possibility for every hard-working family in our community,” Garcia said.

But Rodriguez urged an investigation into a “straw candidate” who shared his last name and drew more than 6,000 votes in the Nov. 3 election.

The Democrat has argued that non-partisan candidate Alex Rodriguez, who didn’t campaign, was propped up through “shadowy dark money” from Tallahassee Republicans to confuse voters and siphon support.

“Democracy requires transparency,” Jose Javier Rodriguez said. “And in order to achieve that, I believe this election warrants a full investigation so that those who may have violated the law are held to account and so that such tactics are not used in future elections. We cannot afford to have anything erode confidence in our election process.”

Incoming Senate Minority Leader Gary Farmer, D-Fort Lauderdale, said in a separate statement that questionable tactics in the contest included a “ringer NPA (no party affiliation) candidate with hundreds of thousands of dollars in dark money spending to siphon Democratic votes and millions more spent on lies about Senator Rodriguez and his record.”

District 37 seat was the only one of 21 Senate seats up for election this year that changed party hands.

Garcia, a former Department of Homeland Security deputy press secretary in the Trump administration, was quickly welcomed “to the team” by incoming Senate President Wilton Simpson, who will be sworn into his leadership post on Tuesday.

“The people of Miami should rest assured that she has our support in her mission to clean up the Bay & ensure access to a world class education for every child through opportunity scholarships,” Simpson, R-Trilby, said in a Twitter post.

Fewer than 90 “overvotes” and just over 8,350 “undervotes” had to be hand counted on Thursday.

A machine recount at the start of the week put Garcia’s lead at 28 votes from the more than 215,500 cast in the Miami-Dade County district. Garcia had been up by 21 votes when an unofficial tally was completed Nov. 3. As additional vote-by-mail ballots came in, the gap grew to 31.