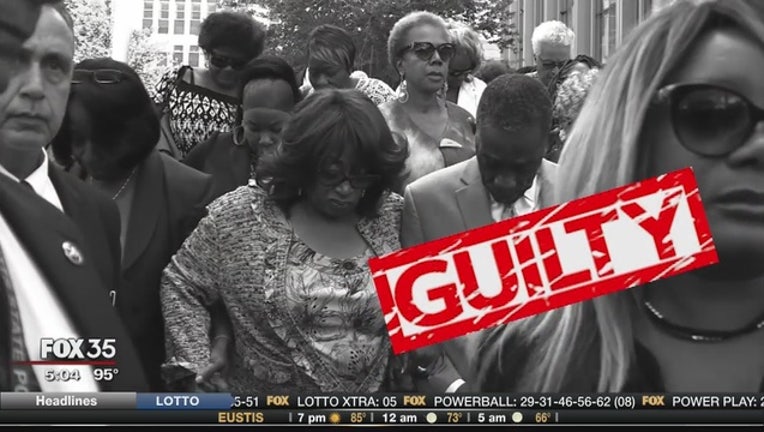 The Gainesville Sun reports (http://bit.ly/2q3KqEw ) that the Gainesville City Commission on Thursday considered whether to remove Brown's name from a Regional Transit System facility, but decided to consider the move at a later meeting.

Brown, 70, was convicted by a federal jury of fraud and other charges for taking money from a purported charity for poor children called One Door for Education Foundation and using the money for parties and other personal expenses. She has not yet been sentenced.

Brown helped secure federal funding for Regional Transit Center in Gainesville, and the facility was named in her honor.