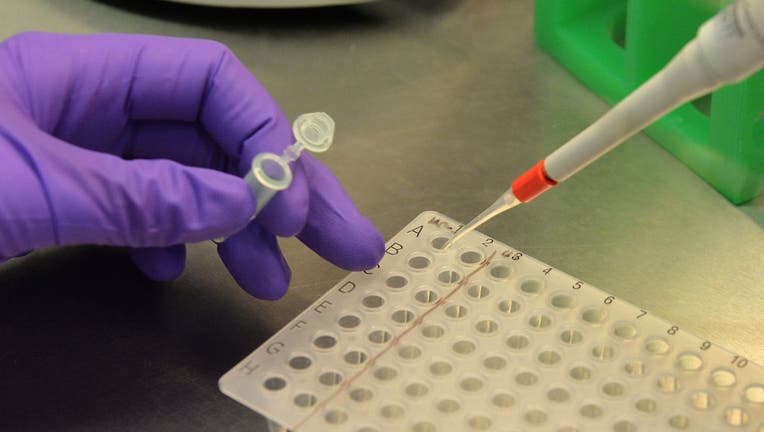 An employee at work in a laboratory in which avian flu samples are tested. (Photo by Carmen Jaspersen/picture alliance via Getty Images)

The highly contagious H5N1 Eurasian strain has killed birds in Brevard, Indian River, and Volusia counties, FWC says. This comes about a month after samples collected from a hunter-harvested blue-winged teal in Palm Beach County tested positive for the strain.

Bird flu can cause high mortality rates among birds. In 2015, 50 million birds across 15 states died due to an outbreak, costing the federal government nearly $1 billion.

Outbreaks of bird flu have occurred in Asia, Africa, North America, and parts of Europe. This H5N1 Eurasian strain has been documented in Europe since early 2021.

No known human infections with Eurasian H5 viruses have occurred in the United States, officials say.  Most people who have developed symptoms of bird flu have had close contact with sick birds, health officials say.

Because of the recent discoveries of the H5N1 Eurasian strain in Central Florida, the Audubon Center for Birds of Prey is not accepting any injured or orphaned birds of prey.

"The HPAI strain has been known to infect birds (including raptors) and some mammals, especially in rehabilitation situations," the center said in a statement. "At this time there appears to be a low risk of infection to humans, however, exposure is possible, especially those in wildlife rehabilitation."

Signs and symptoms with human infection

Signs and symptoms of bird flu may begin within two to seven days of infection, depending on the type. In most cases, they resemble those of conventional influenza, including:

Some people also experience nausea, vomiting, or diarrhea. And in a few cases, a mild eye infection (conjunctivitis) is the only indication of the disease.