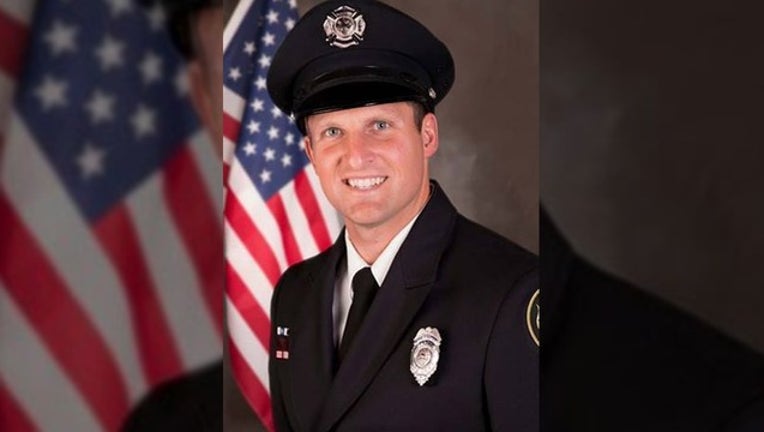 APPLETON, Wis. (AP) - A Wisconsin fire chief is encouraging citizens to line a funeral procession route to honor a firefighter killed in the line of duty last week.

The processional honoring Mitch Lundgaard begins at 1 p.m. Monday followed by a public visitation at Appleton Alliance Church. Appleton Chief Jeremy Hansen says the processional route will run from Brettschneider-Trettin-Nickel Funeral Chapel to the church. Lundgaard will be taken back to the funeral home following the 6 p.m. service, which is not open to the general public.

The husband and father of three was killed in the crossfire of a gunfight between police and a Wausau man who also died in the exchange of gunfire. Lundgaard was the first Appleton firefighter in 86 years to die in the line of duty.