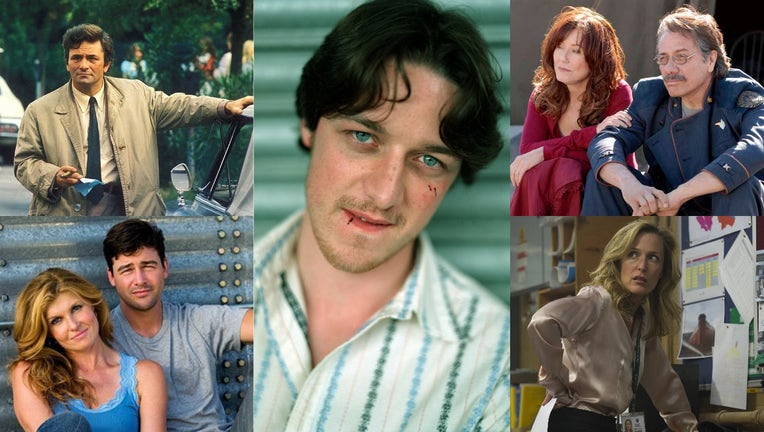 Chicago - Need one last binge watch to get you through the waning days of winter? Now is the perfect time to catch up on a critically acclaimed drama you might have missed. We’ve rounded up five of the best, all of which are streaming for free on Tubi.

Peter Berg’s 2004 movie provided the inspiration for this beloved TV drama. But, trust us, you don’t need to be familiar with the film or a fan of football to fall in love with "Friday Night Lights." Kyle Chandler stars as Eric Taylor, new head coach of the fictional Dillon Panthers high school football team. Connie Britton is his fiery guidance counselor wife, Tami Taylor. And Taylor Kitsch, Zach Gilford, 2022 Oscar nominee Jesse Plemons and (in later seasons) a young Michael B. Jordan are among the teen football stars he coaches in this funny, moving and legitimately exhilarating sports drama about big dreams in small town Texas. Clear eyes, full hearts, can’t lose.

The grim and gritty answer to optimistic sci-fi like "Star Trek," "Battlestar Galactica" opens with the end of the world. Specifically, androids known as Cylons attack the Twelve Colonies of Kobol, leaving the human population decimated and the 50,000 remaining survivors fleeing on a fleet of rundown civilian vessels. With the Battlestar Galactica as the only military ship that survived the attack, Commander William Adama (Edward James Olmos) and President Laura Roslin (Mary McDonnell) must try to lead their people to some kind of safety — even as the Cylons remain in hot pursuit. With military space battles to rival "Star Wars" and politicking right out of "House of Cards," "Battlestar Galactica" is a modern day sci-fi classic. And, hey, you can stream the original 1970s series for free, too.

"Just one more thing..." With those four words, Peter Falk’s Lieutenant Columbo managed to worm his way into the hearts of generations of mystery fans — even becoming something of an unexpected hit during the pandemic. Falk played the disheveled blue-collar detective on and off for 35 years, in various TV movies that aired from the late 1960s right into the early 21st century (winning four Emmys and a Golden Globe in the process). Unlike traditional "whodunit" stories, "Columbo" uses an inverted "howcatchem" formula. Each episode opens by showing the crime and its perpetrator, and the fun comes from seeing Columbo suss out who the culprit is.

Gillian Anderson and Jamie Dornan lead this detective series about a brutal serial killer operating in Belfast, Ireland. She’s Superintendent Stella Gibson and he’s Paul Spector, a seemingly respectable family man with a murderous secret. The point here isn’t to figure out who did the crime, but why Paul feels an impulse to torture and kill. With its psychological angle and exploration of doubling and mirror images, "The Fall" is a brooding, slow-burn series perfect for a binge watch.

Before "Shamless" was a hit Showtime series starring Emmy Rossum and William H. Macy, it was a British dramedy featuring (among others) a young James McAvoy. Set on the fictional Chatsworth council estate in Manchester, "Shameless" chronicles the lives of the Gallagher family and their neighbors, zeroing in on the nuances of British working-class culture. Frank Gallagher (David Threlfall) is an alcoholic single dad trying (and mostly failing) to raise his six kids right. Instead it’s his eldest daughter Fiona (Anne-Marie Duff) who actually keeps things in order. "Shameless" deploys such a unique tone that it even managed to win both Best Drama Series at the BAFTA TV Awards and Best TV Comedy Drama at the British Comedy Awards.