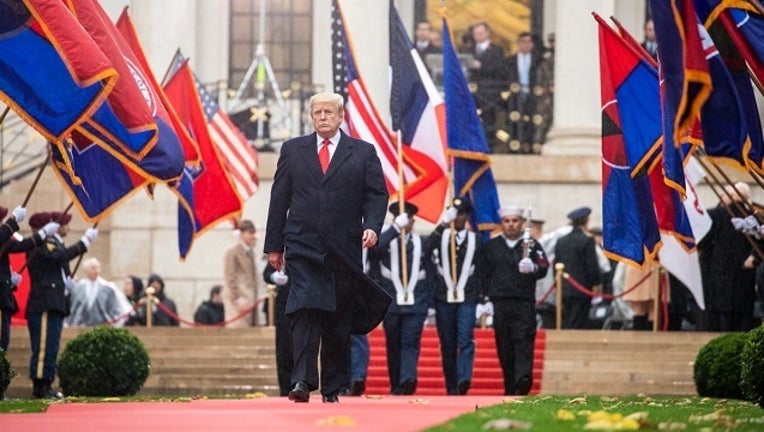 PARIS (AP) - France's government has fired back at a flurry of critical tweets by President Donald Trump, suggesting the U.S. president lacked "common decency" by launching his broadside on a day when France was mourning victims of the November 2015 terror attacks.

Government spokesman Benjamin Griveaux said Wednesday: "We were commemorating the assassination of 130 of our compatriots three years ago in Paris and Saint-Denis, and so I will reply in English: 'Common decency' would have been appropriate."

Nursing grievances from a weekend visit to France, Trump lit into French President Emmanuel Macron on Tuesday over his suggestion for a European defense force, over French tariffs on U.S. wine and even Macron's approval ratings.

The tweets underscored tensions between the once-chummy leaders and displayed Trump's irritation over criticism of how he acted in France.