There are about 60,000 people riding Lynx buses in Orlando every single day. That’s down about 15,000 from the pandemic. breaking news events and top stories of the day are updated by the FOX 35 Nightly News Team along with the latest weather and tomorrow's forecast.

ORLANDO, Fla. - There are about 60,000 people riding Lynx buses in Orlando every single day. That’s down about 15,000 from the pandemic.

What’s also dropped since the pandemic is the staffing levels at Lynx. Riders say the buses’ timeliness has suffered as a result.

James Llorca and his roommate Chris both have trouble with the Lynx  No. 20 bus.

"I was there at the bus stop down the block for two hours, in the dark, in the cold, waiting for a bus to get to work. It never arrived," said Llorca.

Llorca says both he and his roommate take the No. 20 to work. If it’s late, they’re late. If it doesn’t show up, they might not either. That’s happened to Llorca before.

They aren’t the only two having problems. 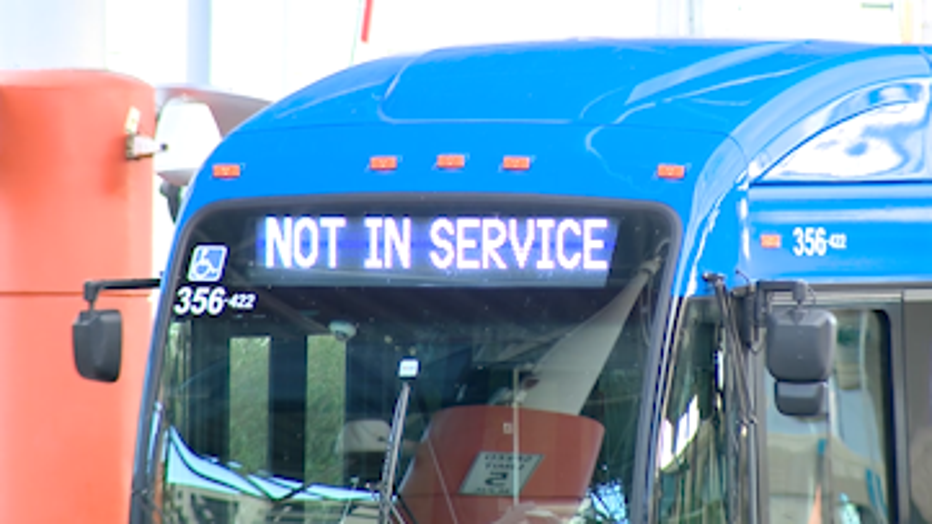 When FOX 35 went to the Lynx bus station in downtown Orlando to meet up with a representative, multiple people complained to our crews about the transit company.

Another woman came over to complain to Lynx spokesperson Matt Friedman about a bus leaving early, right as he was beginning his interview with FOX 35.

Friedman says last month, the No. 20 bus FOX 35 got the original complaint about missing its scheduled arrival a quarter of the time, and no-showed 1% of the time.

"Unfortunately, it looks like we may have failed them on a few instances, and for that, we are truly sorry," the spokesperson said.

The main issue, he says, is staffing.

The only requirements are that you must be 21 years old and must have a CDL permit. They pay $21.46 an hour to start out, plus a $3500 signing bonus. They offer training for those who need it, all of which is paid.

But they’re struggling even still.

"It’s not an excuse for what happened to these individuals, but it’s an industry problem," said Friedman.

Llorca says he’s been back and forth with customer service agents but hasn’t made any headway.