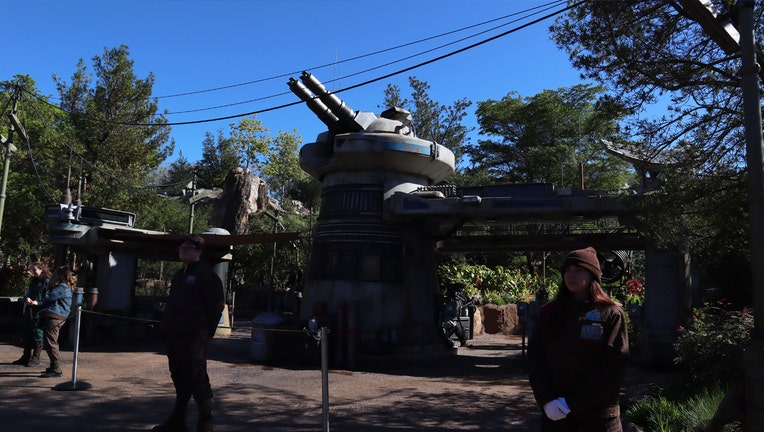 ‘Star Wars: Rise of the Resistance' is described by the park as a "harrowing adventure" that will "blur the lines between fantasy and reality. It places riders in the middle of a battle between the 'Resistance' and the 'First Order' after taking off from Batuu in a transport ship.

Then, while on the way to meet General Leia Organa at a secret rendezvous point, riders are captured by a First Order Star Destroyer. With the help of some heroes from the Resistance, they attempt to escape Kylo Ren and the First Order.

Along the way, riders will see full-size AT-AT walkers, a Star Destroyer hangar bay, a TIE fighter, a garrison of Stormtroopers, and much more.

According to Walt Disney World, Star Wars: Rise of the Resistance is the "most ambitious, advanced and immersive experiences ever undertaken by Walt Disney Imagineering." It is also one of the largest attractions Disney has ever created.

The ride features a trackless ride system for part of its duration and an outer space segment that will utilize a motion simulator that the ride vehicles will apparently drop onto.

FOX 35 visited the Walt Disney World park on Tuesday to get an inside look at the upcoming attraction.

FOX gets an inside look into ‘Star Wars: Rise of the Resistance’ at Disney’s Hollywood Studios

FOX 35's David Martin and Tabatha Marks said that ride was "sensational," "exceeds the hype," and "worth the wait."

Download the FOX 35 News app to see video of the attraction on Wednesday morning. More details will be shared live on Good Day Orlando.

Star Wars: Rise of the Resistance will open to the public on December 5. It is located at the entrance of Star Wars: Galaxy's Edge closest to Grand Avenue.