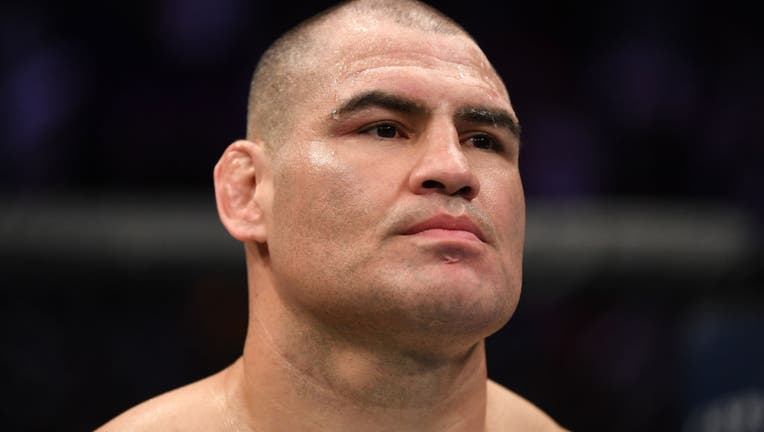 PHOENIX, ARIZONA - FEBRUARY 17: Cain Velasquez reacts after his KO loss to Francis Ngannou of Cameroon in their heavyweight bout during the UFC Fight Night event at Talking Stick Resort Arena on February 17, 2019 in Phoenix, Arizona. (Photo by Josh H

The shooting happened near the intersection of Monterey Highway and Bailey Ave in Morgan Hill Monday afternoon, officials said. Shortly after, Velasquez was booked into the Santa Clara County Jail for attempted murder.

According to police one man was hurt, but is expected to survive. The victim wasn't identified, and the motive wasn't revealed.

SUGGESTED: Teen in critical condition after being pushed into traffic while riding skateboard

Velasquez, 39, is being held without bail.

The retired pro fighter was born in Salinas, and trains at American Kickboxing Academy in San Jose, about 25 miles north of where the shooting happened.

His recent work has been with Lucha Libre AAA Worldwide, based in Mexico City.