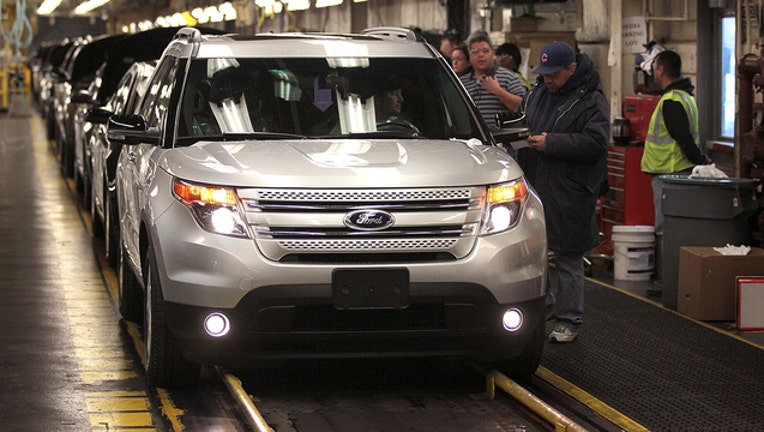 2011 Ford Explorers roll of the assembly at the Chicago Assembly Plant on on December 1, 2010 in Chicago, Illinois. (Photo by Scott Olson/Getty Images)

DETROIT (FOX 2) - Ford has issues safety recalls for 1.3 million vehicles made over the past decade including Explorer, F-150, and Econoline.

Ford announced the recalls Wednesday, saying that dealers would contact owners of the SUVs and trucks.

According to Ford, select Explorers from model years 2011-2017 are included in the safety recall. Some of those SUVs that are can experience problems with steering control due to an issue with rear suspension. So far, Ford says they have only had one reported crash and no injuries reported.

The Explorers make up 1.2 million of the recalled vehicles and are all on the road in the U.S., Canada, and Mexico. They were built in Chicago from 2010 to 2017.

Dealers will remove and replace the toe links and align the rear suspension.

Ford is also recalling select 2013 F-150s with 6-speed automatic transmissions. Those trucks have a calibration issue in the transmission and have already been recalled before to reprogram software in the powertrain control module.

Ford is not aware of any reports of accident with the F-150.

The final recall includes Ford Econoline from 2009-2016 with a 5.4 liter engine. The vans can have lose power, typically when the driver tries to accelerate from a stop. Those recalls include vans that have  a school bus or ambulance prep package.

In all of the cases, Ford dealerships will contact the owners and replace the faulty parts.