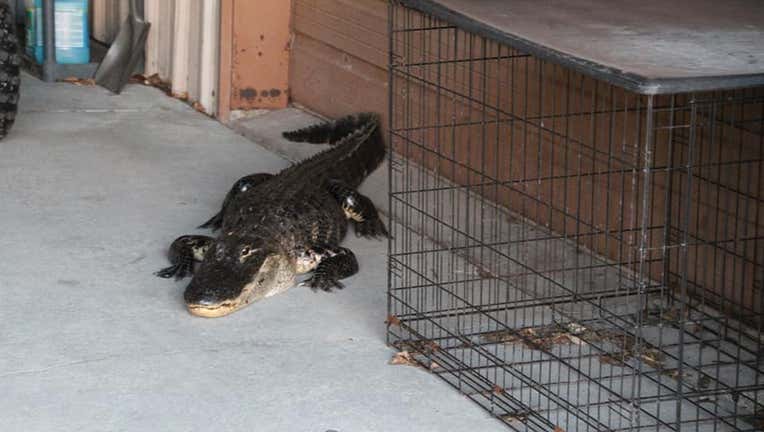 POLK CITY, Fla. - A Florida woman had some fun with a scary situation after finding a large alligator in her garage recently.

Cindy Frasier, of Polk City, posted photos of the intruder on Facebook, but joked about it being just a big puppy from eBay – who happens to be a bit ‘snappy.’

"I bought this new puppy off of eBay, but something seems to be wrong with him," she wrote. "When I put his collar and leash on him, he growls, hisses, and then rolls and rolls… Does anyone know if Cesar Milan works with this new breed Chihauhator or Gatohauhau?" 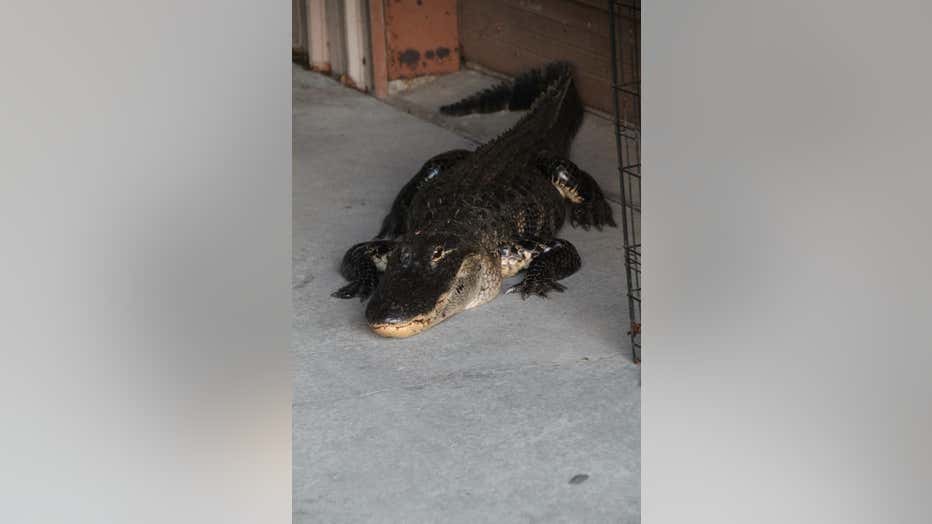 She kept the joke going, saying the 7 ½-foot ‘puppy’ is a "little nasty" and just wants it "to be more respectful."

Frasier said she was coming around a blind corner to get on a golf cart when she nearly ran face-first into the gator while holding her dog.

She told FOX 35 News that she called a trapper and the gator was removed.

If you encounter an alligator, call the Florida Fish and Wildlife Conservation Commission's toll-free Nuisance Alligator Hotline at 866-392-4286. The FWC will dispatch one of its contracted nuisance alligator trappers to resolve the situation.