Two teenage boys in Florida were arrested on charges of aggravated assault with a deadly weapon, after pointing a replica handgun at a boy with a truck, authorities say.

FLAGLER COUNTY, Fla. - Two teenage boys in Florida have been arrested on assault charges after the two allegedly chased another boy with a truck, pointed a replica handgun at him, and threatened him.

Both boys – aged 15 and 17 – were booked into jail on charges of aggravated assault with a deadly weapon, according to the Flagler County Sheriff's Office.

The boy told deputies that he rode his bike past the other two teens on Monday when one of them told him he "must have a death wish," pointed a gun at him, and began to follow him in a pickup truck. The boy rode down a nearby driveway and hid behind a tent in fear of his life, deputies said.

The boys followed the teen and eventually called him toward the street, which the boy followed, the sheriff's office said. FCSO said one of the teens then took the gun from the other teen, pointed it at the boy, and threatened to shoot him "if you ever touch her again."

Deputies found the truck and teen boys at a home in Bunnell. One of them was caught climbing out of a back window and taken into custody, and the other boys were found in the backyard and surrendered, authorities said. 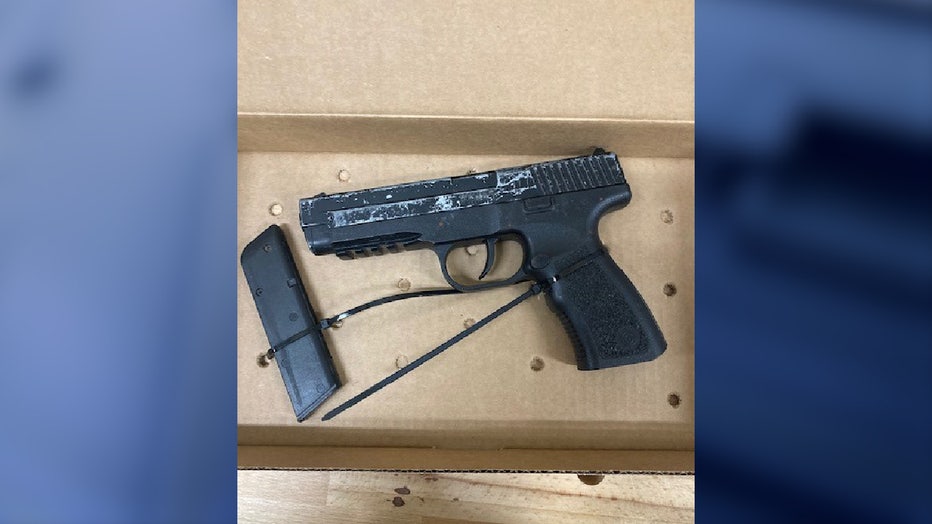 FCSO said the boys appeared to be "laughing and joking about the arrests" as they were being transferred to the jail.

Authorities said the gun was determined to be BB gun that looked like a handgun, but did not have any markings to differentiate it from a real one.

It is the latest violent incident involving teens in Flagler County.

"Both cases in the wrong place at the wrong time is what it really was. These are good kids," Sheriff Rick Staly previously said.