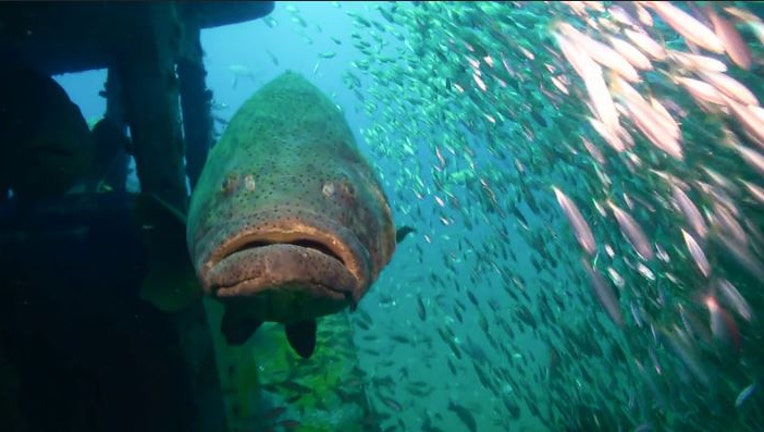 TALLAHASSEE, Fla. - A divided board of Florida game regulators took a tentative step Wednesday that might eventually allow fishermen to catch and kill goliath groupers, a fish that was almost driven to extinction 30 years ago by overfishing and pollution.

The Florida Fish and Wildlife Conservation Commission told its staff to craft a regulation it has proposed that would allow 100 goliaths to be caught and kept annually during a four-year period. Supported by fishing groups, the proposed limited harvest calls for a lottery to issue $300-per-week licenses that allow each recipient to catch and kill one goliath, with proceeds funding research of the species.

But board members said that did not mean the regulation would ultimately be approved even over the next few years, saying the science may not support its quick adoption.

There were questions about whether the fish, which typically weigh 400 pounds (180 kilograms) but can exceed 800 pounds (360 kilograms), has seen its population sufficiently recover. The commissioners did, however, seem to oppose a permanent ban, saying a harvest should be allowed eventually. Goliath grouper is not allowed to be caught in any other state or federal waters.

Commissioner Robert Spottswood believes the population is getting near a point where a limited harvest can be allowed. He said many of the arguments against a harvest are based on emotion. While the species’ population is unknown, the commission’s staff believes it has grown enough to allow the limited catch.

"We can’t just be stuck because there is a philosophy out there that says this big lovable creature can never be taken again," Spottswood said during the Tallahassee meeting.

But Commissioner Gary Nicklaus said the reports that the goliaths’ population is nearing recovery is based upon where it was when it was close to extinction, not when it was abundant in the 1950s. He said the biggest economic benefit the goliath provides to the state is drawing scuba divers who want to swim with it and photograph it.

"I think we should protect it until its population comes back to whatever baseline we want that to be," said Nicklaus, the son of retired pro golfer Jack Nicklaus. 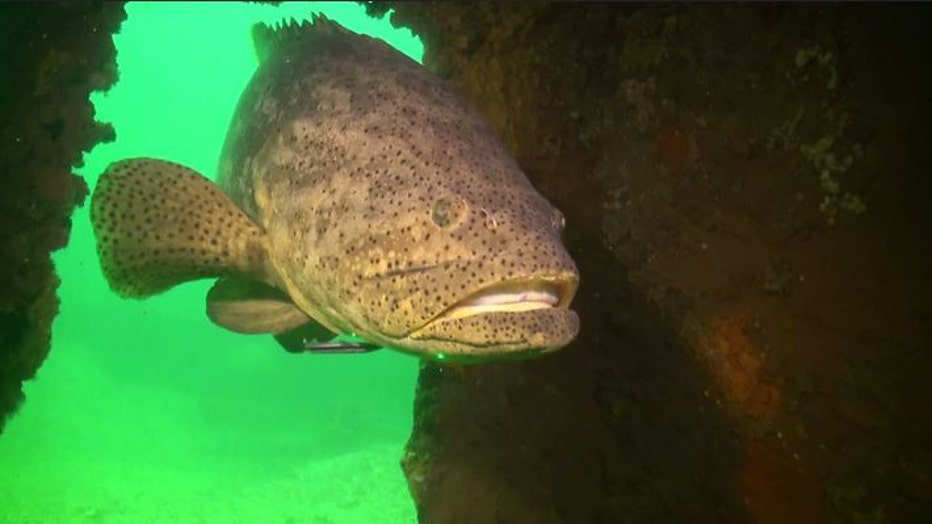 The goliath once ranged over a wide swath of ocean territory, from the Carolinas to the Caribbean and the Atlantic Ocean off Brazil. But its numbers dropped sharply starting in the 1960s. By 1990, when Florida banned its catch, it was almost gone because of overfishing.

Today, the goliath is found mainly off South Florida. Adults live in reefs and shipwrecks, digging holes that provide hiding spaces for other fish.

RELATED: Father, sons reel in over 2,000 pounds of Goliath grouper: 'The catch of a lifetime'

Public comment to the board was about equally divided Wednesday. A prime example was scuba divers — some called it a nuisance and told commissioners they want to hunt it on spearfishing trips, while others saw the fish as photogenic and said it should be protected. The goliath is popular with both spearfishers and photographers as it does not flee when divers approach.

Dick Kempton, a member of the St. Pete Underwater Club, spoke in support of the harvest plan, saying the fish is becoming too plentiful in the waters around Tampa Bay and that is impacting other species.

"There are goliath grouper everywhere," Kempton said, especially at shipwrecks and other underwater structures. "They eat everything that comes by ... There is plenty of stock out there. A limited harvest is not going to affect that at all." 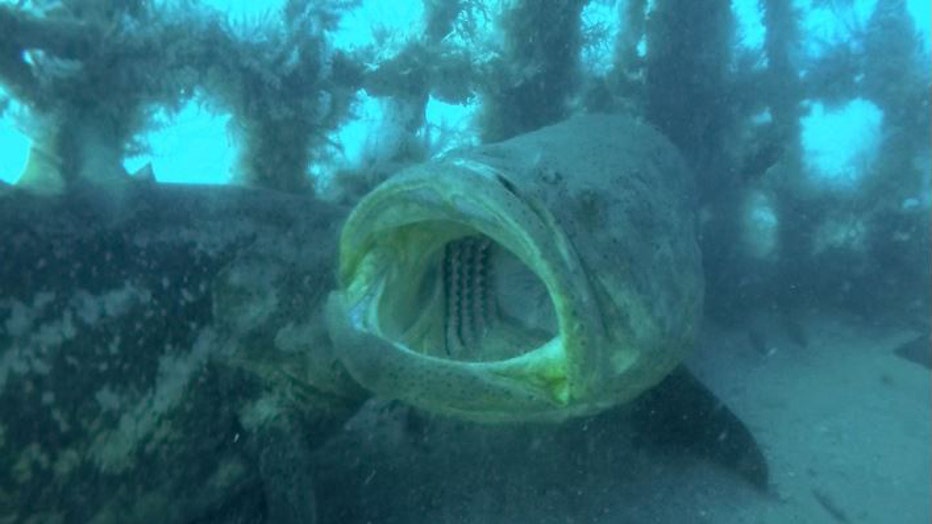 But Tom Ingram, president of the Diving Equipment & Marketing Association, said the goliath draws divers to the state who simply want to see and photograph them. He said it will take at least another 10 years for the goliath to recover.

"Goliath grouper are still considered vulnerable by the International Union of Conservation of Nature," Ingram said. He asked the commission to implement a permanent ban on the catching of goliaths, saying they are as important to the economy at manatees, which are protected.

The proposal as currently envisioned would limit the size of goliaths that could be killed to a range of 4 to 6.5 feet (1.2 to 2 meters) and 70 to 200 pounds (32 to 90 kilograms) — that’s a young adult of 7 to 10 years. Older fish are high in the neurotoxin methylmercury, which is especially dangerous to children and pregnant women.

Outside that range they would be released, just like all goliaths caught now are supposed to be, though poaching is a problem. Goliaths have a lifespan of 35 years or more. Fishing would also remain banned during their spawning season of July to September and at their spawning spots.