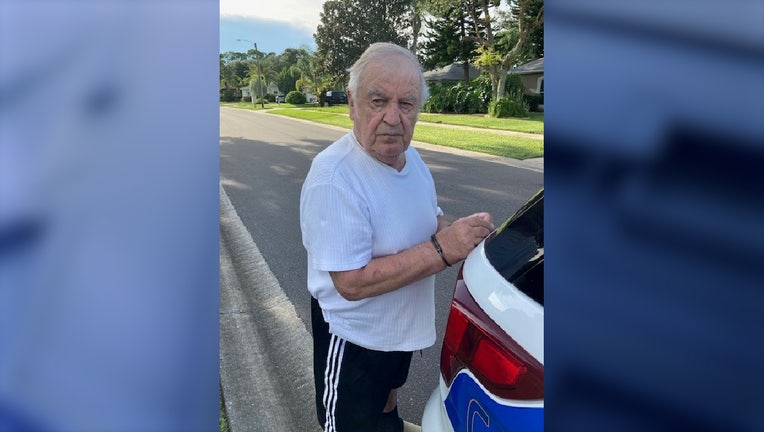 PORT ORANGE, Fla. - A Florida man – and a registered sex offender – was arrested Thursday after he offered to buy a woman's daughter for $100,000 while at the grocery store, according to Port Orange Police Department. In 2018, the same man allegedly offered to purchase a woman's child for $200,000.

Police said the latest incident happened on Aug. 16, 2022, at a Winn-Dixie grocery store in Port Orange, which is northeast of Orlando, and north of New Smyrna Beach. Hellmuth Kolb "attempted to purchase a female minor for $100,000.00 from her parent," police said in a Facebook post.

"Due to the parent's clear concern that someone was insistent on attempting to purchase their daughter in a grocery store, we were notified. Unfortunately for him, we were able to confirm through his Probation Officer that Mr. Kolb is currently on probation for similar issues, and he is not to have any contact with minor children," police said.

He was arrested and booked into the Volusia County Branch Jail.

According to a 2018 FOX 35 News report, Kolb, who is reportedly from Austria, was arrested after he allegedly approached a woman and her eight-year-old daughter inside a Walmart store and offered $200,000 to buy her. He reportedly made a similar offer to another mother and daughter a month before that, according to that report.

According to Florida's online sex offender registry, Kolb pleaded no contest to a false imprisonment charge in 2019.

According to the online records, in 2018, Kolb was arrested on a battery charge after he allegedly touched a girl's arm inside a Walmart at Port Orange, and said her skin was soft "like ice cream." In that incident, the mother walked her child away, and the child's father intervened, according to the arrest report.