A Florida pilot and a former Marine are teaming up to help Haiti after the island nation suffered a devastating earthquake this weekend.

HAITI - A Florida pilot and a former Marine are teaming up to help Haiti after the island nation suffered a devastating earthquake this weekend.

Haiti suffered a powerful 7.2 magnitude earthquake on Saturday roughly 125 kilometers (78 miles) west of the capital of Port-au-Prince, the U.S. Geological Survey said. At least 724 people are dead and another 2,800 injured. Hundreds of homes are destroyed and the damage could worsen by early next week as Tropical Storm Grace is predicted to reach Haiti.

The country is in disarray and the death toll continues to rise. However, that won't stop Central Florida pilot Joe Hurston from coming to help.

Hurston, who is with Air Mobile Ministries, told FOX 35 he is ready to fly into Haiti with cutting-edge water purifiers for the people of the island. Each purifier unit can provide water for 1,000 people a day and he is bringing ten units.

"11 years ago, we were the first private plane to land in Haiti, and I know what the earthquake does. When this thing hit yesterday it was automatic, I was in Tennessee, where our home base is now, though we still have an operation in Titusville, I had to go," he said of a previous trip to Hati. Looking ahead, he added, "That little bitty airplane is going to bring enough clean water to give 10,000 people a day clean drinking water, day in, day out for years."

Taylor Gibbs, a former Marine and pilot-in-training, is going with Hurston to Haiti.

Gibbs said that "this fully lines up in every single way with what I've always wanted to do. Joe has a ministry that is completely in the same thread, the same vein as what I'm looking for." 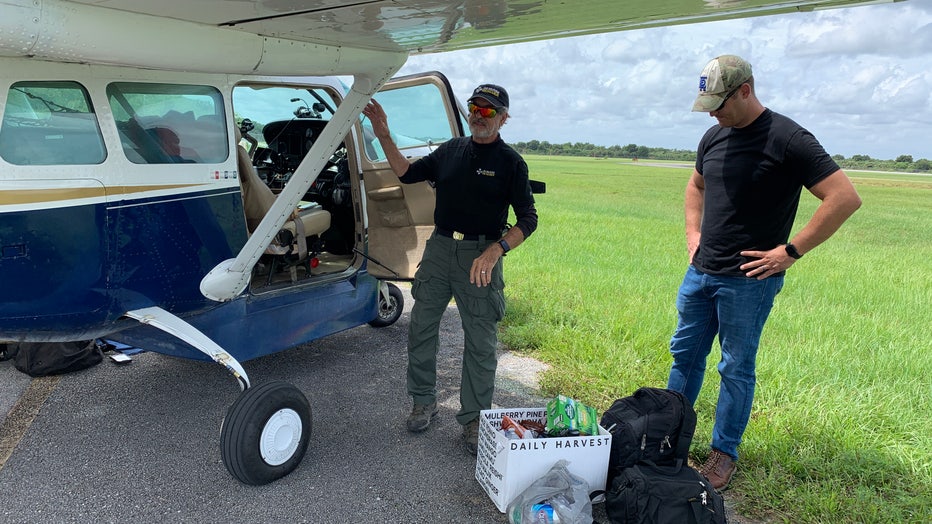 The two of them will work with local contacts Hurston has built over the years to find the best places to set up the purifiers.

"This little airplane is going to fly them into some of the hot spots to analyze and see where these machines will best go," Hurston explained.

Hurston says he was last in Haiti about two months ago and said that the situation there is very dangerous. With the bad weather coming, he does not have a timeline for how long they will be there but he is hoping they can make a difference.