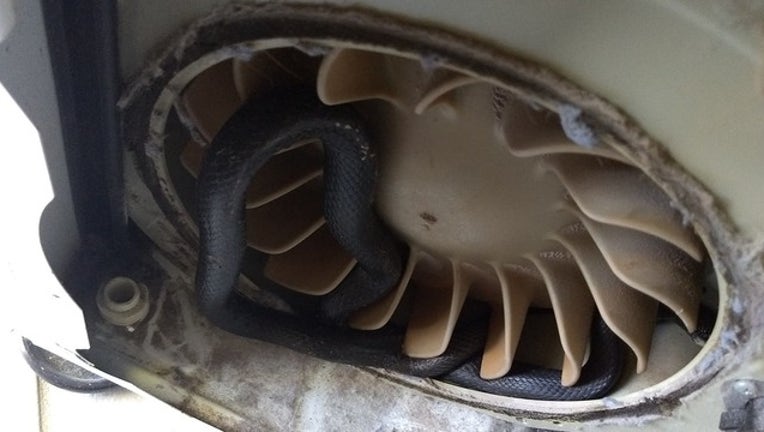 WINTER PARK, Fla. (FOX 35 ORLANDO) - A Winter Park man found a snake in his clothes dryer while attempting to fix it after it stopped working.

Bruce Wiley told FOX 35 that he had to disassemble his dryer after it stopped working. However, when he reached into the lint exhaust, he felt something moving.

After moving the exhaust fan blades and taking a deeper look, Bruce found a snake, which was alive but appeared to have some injuries. The snake tried to get away but it was stuck.

After a minute or so, the snake broke free and raced into some bushes in his backyard.

Wiley said that he thinks the snake slithered into the dryer's exhaust vent on the outside of his house. The vent actually has a flap on it to prevent things from crawling in it. However, it was stuck open.

Thankfully, the vent is now fixed.