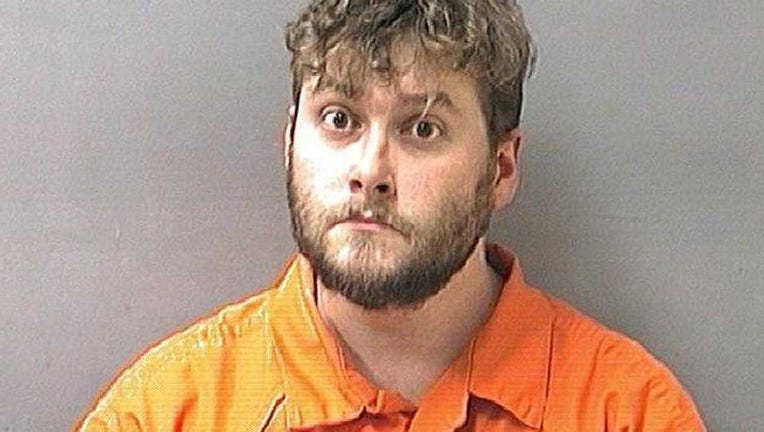 HARRISONBURG, Va. - A Florida man is facing a life sentence after pleading guilty in a failed plot to kidnap five children from Virginia and kill their parents.

Federal prosecutors in Virginia said Frank Jesse Amnott, 31, pleaded guilty Wednesday to three charges in the 2018 plot. One of the charges — conspiracy to kill witnesses — carries a mandatory sentence of life in prison.

In court documents, prosecutors described a bizarre plot involving Amnott and three other people to kidnap five children under the age of 8. U.S. Attorney Thomas Cullen said the facts of the case “read like the script of a bad horror movie.”

Prosecutors said the plan was thwarted and no one was hurt. David Archey, special agent in charge of the FBI’s Richmond division, said in a news release that if not for the quick thinking of a parent and a quick response from a sheriff’s deputy, “this incident could have evolved into something much worse.”

In court documents, prosecutors said Amnott and his wife, Jennifer Amnott, hatched the plot with another couple — Valerie Perfect Hayes and her boyfriend, Gary Blake Reburn, of Maryland. The four allegedly agreed to travel to Dayton, Virginia, to kidnap five children from two separate homes.

Prosecutors said Hayes knew the Amnotts could not have their own children and promised that if they helped her kidnap the five children, they could “keep one of the other children as their own.”

Prosecutors said Hayes told the Amnotts that three of her own children had been kidnapped and were being held by two Mennonite families in Dayton. They said none of the defendants were related to any of the children.

According to prosecutors, Hayes, Reburn and Frank Amnott tried to carry out the plan on July 29, 2018. They said Hayes approached the door of the first house, disguised in clothing to appear as a Mennonite. When one parent opened the door, they alleged forced their way inside and held the parent at gunpoint.

The other parent ran outside and called 911. A deputy with the Rockingham County Sheriff’s Office responded and thwarted the plot. Prosecutors said the deputy found Frank Amnott in the basement holding one of the parents at gunpoint.

Prosecutors said Hayes, Reburn and Jennifer Amnott fled to the United Kingdom in August 2018. They have all been apprehended are are awaiting extradition to the U.S.

Frank Amnott’s sentencing is scheduled for May 26.

His attorney, Andrew Graves, said Amnott is “anxious to explain himself” when he is sentenced.

“We think when everything comes out, it will portray him in a whole different light,” Graves said.