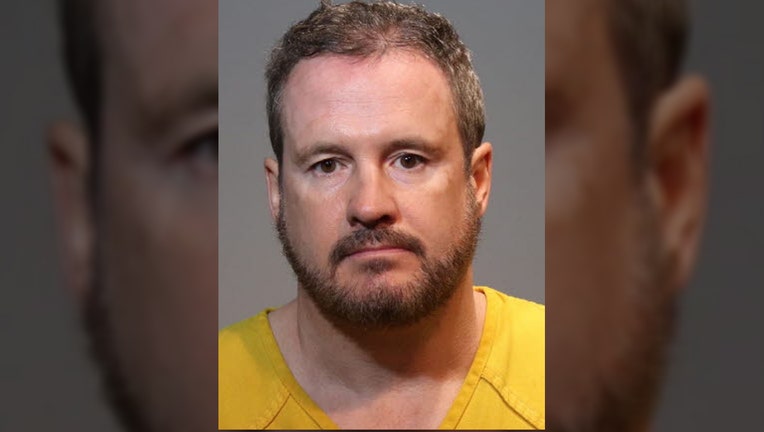 OVIEDO, Fla. - A Florida man was arrested after poisoning his girlfriend's cat with amphetamines, deputies said.

According to the Seminole County Sheriff's Office, an Oviedo woman named Nicole noticed her cat Oliver acting strangely on December 28. She said that the cat was walking in circles, had dilated pupils, and was breathing heavily. She went to bed nonetheless but woke up to her partner, 45-year-old Frank Thomas Jesse awake and drinking vodka. This is when she noticed that her cat was missing.

They said that Nicole and Frank began to argue then about Frank's excessive alcohol consumption. He eventually went to bed. Nicole reportedly began to look through his phone while he was asleep and found texts between him and his friend discussing how he was going to poison Nicole's cat.

Nicole went upstairs, woke Frank up, and confronted him about messages, the arrest report stated. She was concerned because of Oliver's strange behavior and disappearance. She told Frank that she was going to call the police, at which time, the report said that Frank tackled Nicole and held her down. In self-defense, she bit his arm to escape.

Nicole reportedly managed to call the police and advised them that Frank poisoned her cat. After hanging up, Frank reportedly grabbed Nicole, held her, took her phone, and threw it into the pool. Deputies arrived shortly after.

Law enforcement spoke to Frank for his side of the story but he provided an inconsistent story that changed multiple times. He soon confirmed that he was lying, the arrest report stated. The Sheriff's Office stated that Frank was then arrested for Battery Domestic Violence.

The Seminole County Sheriff's Office confirmed to FOX 35 News that the cat was given amphetamines but survived.