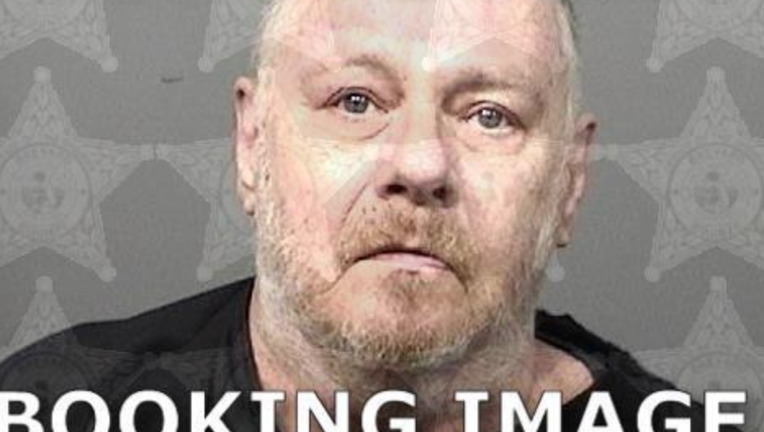 BREVARD COUNTY, Fla. - A Brevard County man was arrested after police say he fired a gun because he was angry over workers doing maintenance on his apartment.

Phil Robins, 66, is facing a charge of aggravated battery with a deadly weapon.

According to the Cocoa Police Department, Robins was notified by the owner of the building on Saturday that maintenance needed to be done on the unit.

In the police report, Robins reportedly replied to the owner, "Sorry us dying old farts don’t get out of bed till noon. Open my door even with a police officer and warrant I’m gonna start shooting."

Three days later, police said while one worker was fixing an air conditioner and another was painting at the back of the apartment, a gunshot was heard. The workers ran from the area and called 911.

Police made contact with Robins and he was arrested. A revolver was found on a shelf next to a bed in Robins apartment, police said.