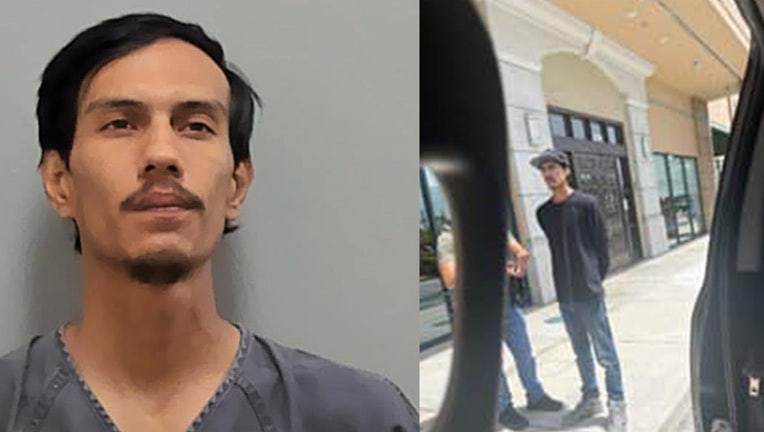 MARTIN COUNTY, Fla. - A Florida man who lives in the woods was arrested after deputies said he was photographing kids at a mall and lifted the skirt of one of his young victims.

Pedro Yovannie Valdez, 27, was arrested and charged with video voyeurism, according to the Martin County Sheriff's Office.

Deputies said several people reported seeing Valdez taking pictures of kids at a mall and other shopping stores in Jensen Beach. Based on descriptions given to deputies by witnesses, they stopped Valdez while he was riding a skateboard on Jensen Beach Boulevard near Federal Highway.

"Deputies questioned Valdez about photographing children, in which he admitted it was him," the sheriff's office said. "In one case, Valdez even lifted the skirt of a young girl and snapped photos of her undergarments before running off. Further investigation revealed that Valdez had multiple images of such material on his phone."

Investigators think there could be more victims. They want anyone who may have had a run in with Valdez, or may have witnessed his suspicious behavior in the Jensen Beach area to call the Martin County Sheriff’s Office at 772-220-7060.

Valdez is being held on $750,000 bond. Deputies said he has been living in the woods in Jensen Beach since moving to Florida from Utah "where he is suspected to be involved in the same type of perverted criminal behavior."