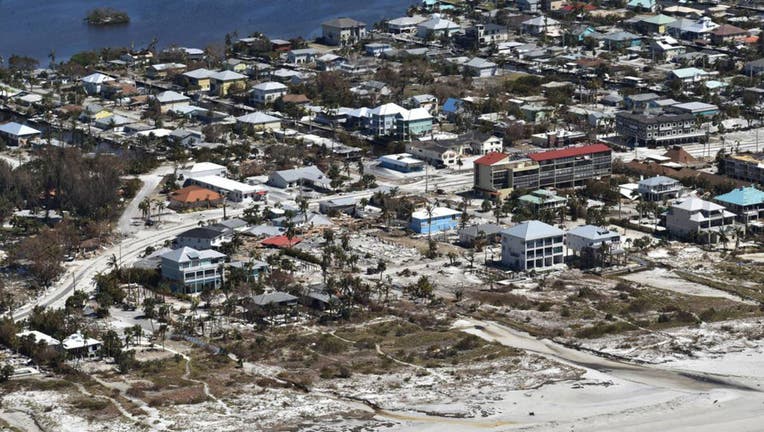 TALLAHASSEE - With the 2022 Atlantic hurricane season ending next week, state officials are looking at potential changes after Florida got hit by its deadliest storm in nearly nine decades.

House Speaker Paul Renner, R-Palm Coast, announced Tuesday he has created a select committee to consider issues related to recovering from this year’s Hurricane Ian and Hurricane Nicole and to look at "lessons learned to achieve best practices for future storms."

The six-month hurricane season will end Nov. 30. While the early part of the season was relatively quiet, the Category 4 Hurricane Ian devastated parts of Southwest Florida and swept across the state at the end of September. Category 1 Nicole hit the East Coast this month.

Weather and disaster-relief experts hope Ian and Nicole will help spur people in the future to look beyond forecast cones that indicate potential storm paths and to be aware of local maps of flood-prone areas.

"We've got to figure out the storm-surge issue and how we communicate storm surge better in the future because (for Ian) storm-surge warnings were out from the Florida Keys all the way up through Apalachicola Bay," Guthrie said. "How do we more effectively communicate watches, warnings and evacuations around storm surge."

Numerous questions were raised about Ian evacuations, after initial forecasts indicated the storm could hit the densely populated Tampa Bay area. The storm ended up making landfall Sept. 28 in Lee and Charlotte counties.

Orlo Vista residents feel defeated because they’re still in the process of cleaning up damage from Hurricane Ian. And now they're worried about Nicole. Some residents have been renovating their homes. There are lots of supplies outside as well.

Kelly Godsey, a National Weather Service senior hydrologist and meteorologist in Tallahassee, said he anticipates a possible slight revision in the track code indicating the potential path of storms.

"Is it going to be significant changes? Almost certainly not," Godsey said. "I think what we want to make sure that people understand, again, is that you know, the track code follows where the center of the storm is going to go. … And I think that's a message that we’ll continue to spread each and every season. As we did this season. And we'll do this in the oncoming season to remind folks that impacts from tropical systems extend well outside the cone and will have impacts that extend many, many miles inland."

During the 2022 season, the Atlantic was quiet throughout August for the first time in 15 years. But with Nicole, the season also produced only the third hurricane to hit Florida in November since such records started to be collected in 1853.

In between was Ian, which as of last week had caused 139 confirmed deaths, according to the Florida Department of Law Enforcement. That is the highest death toll in Florida from a storm since the 1935 Labor Day hurricane, which killed more than 400 people.

Nicole made landfall Nov. 10 south of Vero Beach before crossing the state as a tropical storm. The state has had five confirmed deaths from Nicole, which chewed up parts of the shoreline from Palm Beach to the Georgia border.

Estimated insured losses from Ian have steadily increased and were at $10.27 billion as of Tuesday, according to the state Office of Insurance Regulation. The state-backed Citizens Property Insurance Corp. has estimated its costs from Ian at $3.8 billion.

By comparison, Category 5 Hurricane Michael, which hit the Panhandle in 2018, resulted in $9.1 billion in estimated insured losses. Hurricane Irma, a Category 4 system that ran up the state in 2017, produced more than $20.6 billion in losses.

Amid massive recovery efforts, Guthrie said Southwest Florida "looks 10 times better than what it did" days after the storm’s landfall.

Still, getting churches, schools and businesses back to what could be considered a new normal in the hardest-hit areas could take another 12 to 18 months, he said.

"Some of those are coming back online. For instance, in Fort Myers Beach they’ve got about four restaurants back up and running," Guthrie said of the tourism-dependent community that sustained heavy damage.

But some professional office buildings in the same area face complete reconstruction.

"I was talking to someone about physician offices just yesterday," Guthrie said. "Those physician offices are leased buildings, and we're going to have to get those buildings in there rebuilt before those physicians on Fort Myers Beach can actually get back into their offices. We're trying to work out some temporary facilities right now."

The Department of Agriculture and Consumer Services has estimated Ian inflicted $1.18 billion to $1.9 billion in damage to Florida’s agriculture industry, with more than a third of the damage tied to the citrus industry.

Overall, the 2022 season, which started June 1, produced 16 depressions, 14 storms, and eight hurricanes. Two of the hurricanes were Category 3 or stronger.

Experts predicted 14 to 21 storms before the season started. Also, this year’s number was lower than during the 2020 and 2021 seasons, which both exhausted the 21 designated storm names.

Godsey called 2022 a "climatological normal season" based on 30 years of activity.

While not diminishing the importance of Ian, Godsey said the season’s most-unique aspect was the mid-July to September lull, a result of dry African air masses that prevented any storm activity in August for the first time in more than 15 years.

Before the lull, Florida had already been affected by a storm. A disorganized system crossed South Florida in June, days after the season started and formed into Tropical Storm Alex north of Grand Bahama Island.