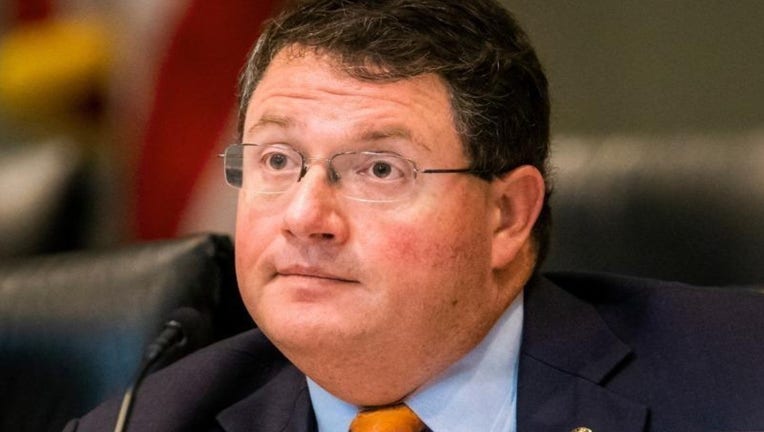 FORT LAUDERDALE, Fla. (AP) - Police in Florida say they will investigate a lawmaker’s allegation that a transgender student may have sexually assaulted a female student in a middle school bathroom over the summer — a rumored attack that school district officials say never occurred and that investigators say they received no reports about.

After reading Republican State Rep. Randy Fine’s social media posts about the alleged assault on Thursday, the Melbourne Police Department assigned two detectives to investigate the allegations, though they said they had received no previous word of an attack.

Fine told The Associated Press on Friday that some parents approached him, saying a teacher at the school told them about the incident but that the teacher was "afraid to go public because of fear of retaliation by the school district."

Brevard Public Schools spokesperson Russell Bruhn disputed Fine’s allegations. "There was no attack. No victim, no witness, no parents coming forward, nothing," he told the AP. "Rep. Fine owes our staff at Johnson Middle School an apology for making this baseless allegation."

Fine, a Republican lawmaker known for fiery floor speeches marked by indignation, drew a national spotlight earlier this year when he sponsored a bill to dissolve the private government Walt Disney World controls on its property in Florida as punishment for the company’s opposition to a new law barring gender identity instruction in early grades that critics called "Don’t Say Gay."

The reports began circulating on Wednesday, and Florida Today reported Thursday that Fine had sent a letter to Florida Education Commissioner Manny Diaz seeking an investigation into reports that a transgender student — granted access to the girl’s bathroom through the district’s open bathrooms policy — had assaulted a female student over the summer.

Melbourne police spokesperson Shaun Hill said the department received no reports of a sexual assault at the school over the summer. But he said Friday that the department, after seeing Fine’s social media posts, contacted him to ask for more information about the alleged incident, and assigned two detectives to the case. Hill said the investigation has just started and there is no further information available.

"I would assume that Rep. Fine would be eager to talk to the police himself and will also be eager to provide police with access to the concerned parents who have gone to him with this false information," said Bruhn, the school district spokesperson.

In the letter to the education commissioner, Fine said parents have been "stonewalled" in their inquiries to the school district, including requests for public records.

Students attending summer school at Johnson were escorted to restrooms by adults during summer school because of ongoing construction, Bruhn told Florida Today, which first reported the story. He said students from other district schools were also attending classes there and were unfamiliar with the campus layout.